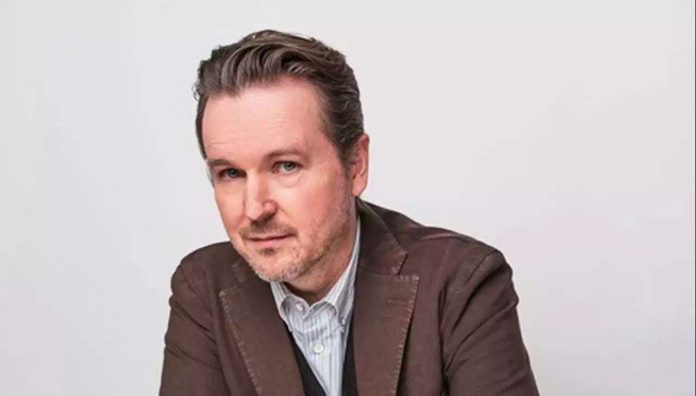 EXCLUSIVE: HBO Max has put in development The Future, a one-hour sci-fi tech drama based on Dan Frey’s forthcoming novel The Future Is Yours, from The Batman director and Felicity co-creator …

and producers Natalie Qasabian and Sev Ohanian, and Warner Bros. TV, where 6th & Idaho is under an overall deal.
Written by Frey based on his book,
The Future
is the story of two best friends who invent the most revolutionary technological device in modern human history. It’s a sci-fi series set in the Silicon Valley of today, grappling with pressing questions about our relationship with technology, told through an innovative multimedia style that’s never been seen on TV.
Related Story
Frey executive produces with Chaganty, who also directs. Reeves, Adam Kassan and Daniel Pipski executive produce for 6th & Idaho alongside Qasabian and Ohanian. 6th and Idaho produces in association with Warner Bros. TV.
The Future
marks 6th & Idaho’s second project with HBO Max under its overall deal with WBTV. HBO Max previously announced a series commitment for an original DC drama set in the Gotham City police department and the world that Reeves is creating for
The Batman
Chaganty, Qasabian, and Ohanian recently collaborated on the acclaimed film
Run
, which recently broke viewership records for Hulu.

The three previously worked together on the breakout independent film hit
Searching,
which debuted at the 2018 Sundance Film Festival and went on to gross more than $75 million worldwide on a budget of less than $1 million. They are currently in pre-production on a sequel to
Searching.
6th & Idaho’s recent television productions also include space traveling drama series
Away
, starring Hilary Swank, which aired for one season on Netflix, as well as the Amazon Prime Video drama
Tales from the Loop
, starring Rebecca Hall and Jonathan Pryce.
Reeves is currently at the helm of
The Batman
feature film, which will be released by Warner Bros. Pictures in 2022.
Author and screenwriter Frey’s first novel,
The Retreat
, was published by Audible in January 2020.
The Future Is Yours
is his second book, and will be published in hardcover by Del Rey, an imprint of Penguin Random House, on February 9, 2021.
Subscribe to
and keep your inbox happy.
Read More About:

The Women Fighting to Save the World