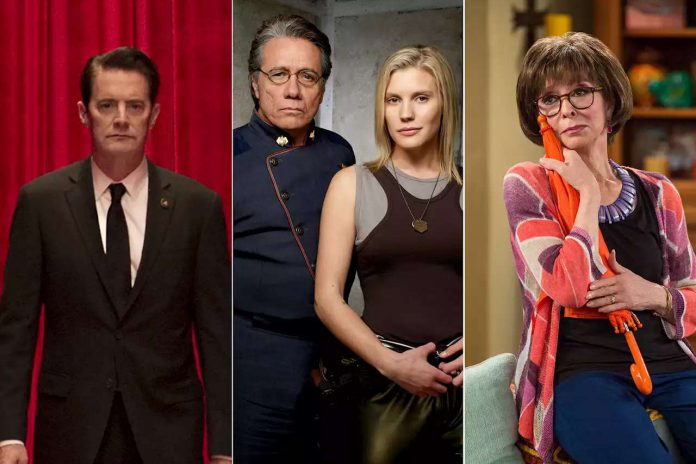 Roots
(2016, History)
The original 1976 miniseries — adapting Alex Haley’s bestseller about his family’s history of enslavement in America — was not only one of the most-watched shows in television history, but one of the most important, setting an impossibly high bar for any attempt to revisit the material. But the 2016 version on History was impeccably cast (including Malachi Kirby as Haley’s ancestor Kunta Kinte, and future
Bridgerton
star Regé-Jean Page as Kunta’s grandson Chicken George), and found ways to modernize the storytelling without losing the essence of what made the book and the original TV take so powerful.

5.
Columbo
(1989-2003, ABC)
Peter Falk is one of those actors who seemed to have been born old. So when ABC brought him back after a decade-long hiatus from his iconic
NBC
role as the seemingly bumbling but secretly brilliant homicide cop Lt. Columbo, it didn’t matter that he was already in his sixties — nor that he would continue to play the role, off and on, until he was his mid-seventies. All the good lieutenant needed was his deceptively sharp wit. Just one more thing…
4.

Inside The Club Nights That Are The Beating Heart Of The...