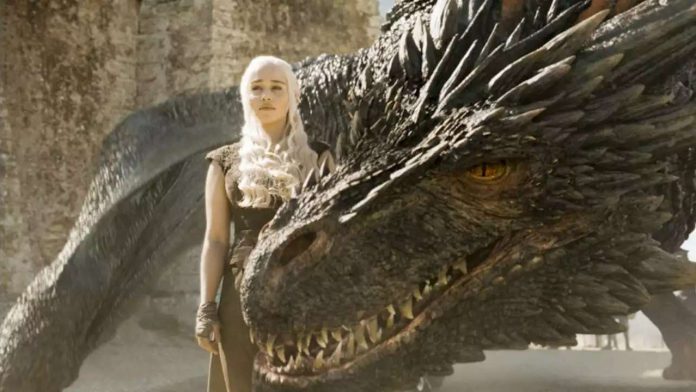 Max. The WarnerMedia streamer is kicking the tires on a potential animated drama series in the world of
Game of Thrones,
sources confirm to Deadline. The idea is believed in very early, exploratory stages, and there is no concept or creative team on board. A rep for HBO Max had no comment.
The animated prospect joins several new
GoT
projects that are floating around at HBO as the network is aiming at having multiple
GoT
-universe shows on the air, with new shows joining prequel
House of The Dragon,
which has a straight-to-series order and is expected to debut in 2022.
Last week, Deadline
on one such GoT prequel project, a series adaptation of George R.R. Martin’s
Tales of Dunk & Egg
novellas, that is in very early development at the premium network with no writer attached yet.

The series would follow the adventures of Dunk (Ser Duncan the Tall) and Egg (the future king Aegon V. Taregaryen), some 90 years before the events of Martin’s
A Song of Ice and Fire
, sources close to the project told Deadline.
House of the Dragon
was the second
Game Of Thrones
prequel to receive a green light, following a project written by Jane Goldman, which went to pilot starring Naomi Watts, but was not picked up to series. They were among half a dozen different prequel projects that were developed at HBO. Except for
House of the Dragon
, the others from that batch did not go forward. The news of a potential animated series was first reported by THR.
Subscribe to
and keep your inbox happy.
Read More About:

People are sharing the incompatibilities they wish they’d spotted early in...

5 ways to get your toddler to feed himself and not...

Little Mix’s comments about being told to “flirt with men” for...