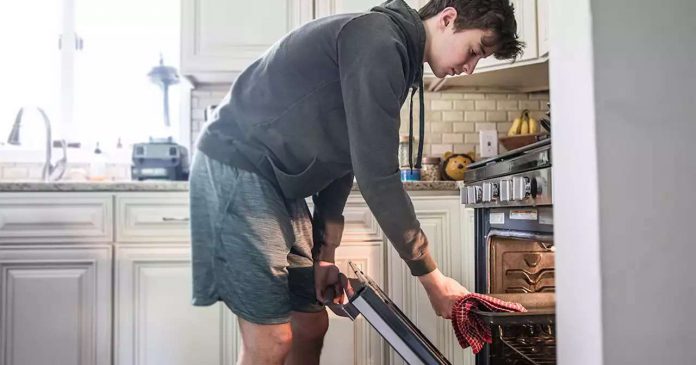 a gourmet restaurant
and everyone would be appreciative. But that’s not how that part of my life went down.
Who knew I’d give birth to three food critics who have extremely refined palates which change every damn day?
One minute my kids are loving tacos — they want extra cheese and ask me to use more of my special seasoning in the meat. My oldest can’t get enough taco sauce and they eat it right up.
I think,
This is great! Something we all like that doesn’t make my shoulder injury flare up when I make it and there are no leftovers that I have to eat because my kids don’t do leftovers.
And so, I go to the grocery store and spend the time and money to get stuff for tacos the following week feeling very proud of myself.
Only as it turns out, I shouldn’t be
too
proud because after I make them again, “tacos suck” and my teenagers let me know I’m putting them into the rotation too much.
Same goes for frozen pizza or nuggets. They want it like a kid wants a lollipop their first time in the candy shop, then they are grossed out and would like a more well-rounded meal. Which I make, hoping it will be to their satisfaction.
It wasn’t long ago when my son requested steak and potatoes, only to complain that the steak was “too chewy” and the cheese I used for the potatoes “didn’t melt right.”
If you think your kids will outgrow their language around food as they get older, they probably won’t. And if they have, congratulations to you. I won’t ask you what you did to fix that, because I’m too tired and I don’t care. Besides, I’ve found a better solution.
I go to the store and get a bunch of things, everything from a few frozen meals to meat to fresh fruits and veggies. I make sure we always have staples like bread, rice, pasta, and peanut butter. Then, they can have (and make) whatever they want during dinnertime.
Because I am
done
.
I am done making things they complain about. I am done breaking my ass making them a meal they said they wanted, only to have them tell me it’s not quite right, or it was better the first time and now they hate it.

I’m done eating leftovers over the sink because I feel like I’m throwing money in the trash if I don’t consume something before it goes bad.
Basically, I’m done trying to please my kids with food because it’s impossible.
My dreams of having a kitchen that smells like Martha Stewart was getting busy in there have gone to pasture. I don’t give a damn. Not even a little one.
My kids are old enough to make something for themselves. They know that they can want pizza on Monday morning but change their mind by the time dinner rolls around — and they’re the ones who have to figure that out. Not me.
We still do dinner time together; that’s not something I’m going to give up. I like having this time to bond with my kids, and having a set time to actively be together even though we are home all day is something I look forward to.
However, I enjoy it a lot more when I know my kids won’t say the garlic bread is too hard or too soft, or that the pasta isn’t cooked right. I like not having to watch them load up their plate with grilled chicken and rice, add a side of a half bottle of ranch dressing, only to declare they really don’t like chicken anymore after a few bites and they wish they hadn’t put so much Hidden Valley all over their bird.
And I really like not making dinners they’ll rave about, only to have them decide they can never eat them again after having them twice.
This mother has stopped trying to please everyone’s taste buds because it’s impossible. So, to each their own; my kids all fend for themselves. The only thing I do now to prepare for dinnertime is get the basics, name a time, and make whatever the hell I want to eat that night. We call it Whatever Night, and it happens every evening.
It’s glorious, and I can’t recommend doing it enough.