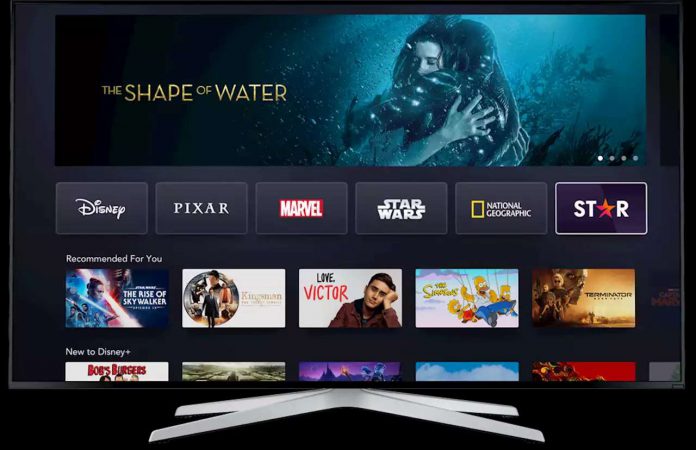 Disney Plus has made good on its plans to offer general entertainment service Star in Europe, Australia, New Zealand and Canada, giving the company a new streaming outlet for more grown-up programm…

and
Moulin Rouge.
As part of today’s launch, Disney+ has also added new parental controls. (See explanatory video above.) The beefed-up tools include the ability to set limits on access to content for specific profiles based on content ratings and the ability to add a PIN to lock profiles with access to mature content. The controls will be available on Disney+ in the U.S. as well as internationally.
As Star begins its rollout, the initial tie-up with the Star assets has already demonstrated its worth. Streaming bundle Disney+Hotstar offers Disney+ at a low price point to Hotstar subscribers in India and Indonesia. It accounted for about 30% of the total Disney+ reach of 94.9 million subscribers as of January 2, the company reported this month.
The latest launch plans were announced last December at the company’s investor day. Wall Street continues to reward Disney’s pivot to streaming, which has come at a time when Covid-19 has battered its other operations like theatrical film releasing and theme parks.

The company’s stock rose 4% on Monday to an all-time high of $191.76, in large part due to anticipation for the Star rollout.
“Disney+ has touched the lives of nearly a hundred million people around the globe by providing a home for exceptional storytelling from the beloved brands of Disney, Pixar, Marvel, Star Wars, and National Geographic, and today’s launch of the Star-branded international general entertainment offering marks an exciting expansion for the service,” said Rebecca Campbell, Chairman, International Operations and Direct-to-Consumer, The Walt Disney Co.. “With the addition of Star, we’re building even more value for consumers by adding an incredible array of high-quality movies and series for families, older teens, and adults, fueled by the acquisition of 21
st
Century Fox and our creative studios.”
Subscribe to
and keep your inbox happy.
Read More About:

I Appreciate This 93-Year-Old Woman Who Tried to Get Herself Thrown...