Home Woman Here’s How The Simpsons’ Brought Back the Late Marcia Wallace to Say... 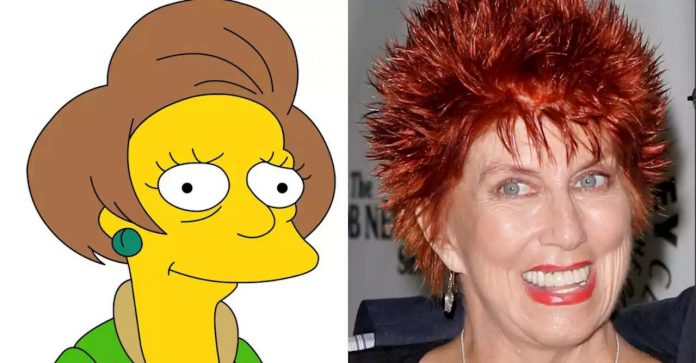 When Marcia Wallace died unexpectedly in 2013, “The Simpsons” producers were caught by surprise. It was decided that Wallace’s character, Bart’s teacher (and Ned Flanders’ second wife) Edna Krabapp…

Al Jean
said it always bugged him that Wallace and Mrs. Krabappel didn’t get a proper send-off. Until now.
On Sunday’s installment of “The Simpsons,” titled “Diary Queen” (the show’s 696th episode), Bart discovers Mrs. Krabappel’s diary and discovers how much she really believed in him — and it inspires him. The episode features Wallace’s voice, taken from previous episodes.
According to executive producer Al Jean, he used two lines from Wallace, previously used on the show, to fit it into the storyline. “The Simpsons” cleared the use with Wallace’s estate, which was compensated for her appearance. Wallace is credited with the guest appearance on the episode as well.
“Sadly, it was very surprising passing,” Jean said of Wallace’s death. “I didn’t know she was that ill until very close to when it happened. So we never got the chance to give sort of a proper goodbye to her in the show, and this is a small attempt to do that. And, you know, she was so beloved by everybody that worked on The Simpsons, that we just sort of wanted to give her one last moment on the show in her memory. It’s just that, it’s nothing more, but, we thought she was the best.”
On “The Simpsons,” Mrs. Krabappel’s passing has been mentioned, but Jean said it was decided that the cause of the character’s death won’t be revealed.
“I don’t think that people these days want to necessarily know how a character passed away,” he said. “But we reveal a little bit more about [Mrs. Krabappel] and then a little bit more about her life and how the character was feeling when she passed.”
Wallace, who died at age 70, won an Emmy for outstanding voiceover performance on “The Simpsons” in 1992. She was also well known for her role as receptionist Carol Kester on “The Bob Newhart Show” and was later a regular on game shows, as well as guest star on shows such as “ALF,” “Full House,” “The Brady Bunch,” “Murphy Brown,” “Taxi” and “Murder, She Wrote.”
Wallace’s final “The Simpsons” episode, “The Man Who Grew Too Much,” aired in March 2014. Mrs. Krabappel’s death made Flanders a widower for a second time, following the death of his first wife, Maude.

“When we made them a couple, to me it was an interesting opposites attract move, which people often find confusing in television but it happens forever in real life,” Jean said. “People like Krabappel and Flanders really do become couples. It was not the intention to make Flanders such a tragic character. However, since that’s the case, I think it’s kind of deepened his character unintentionally — where he’s somebody who’s had his faith really tested, who has been a really good person and some very difficult things have happened to him. So within the limits of fiction we’ve been trying to explore that with his character on the show.”
In repurposing Wallace’s two lines on Sunday’s episode, Jean said he knew diehard fans would recognize them, but that he felt they were appropriate for this storyline. And with that, “this will be her last appearance,” he said. “We just wanted to sort of send the character off properly, in a way that I think isn’t trying to be exploitive.”
Meanwhile, as “The Simpsons” hits 700 episodes next month, Jean said he’s also particularly excited for viewers to see the show’s Feb. 28 episode, “Yokel Hero,” which features the return of guest star Albert Brooks.
“It’s a long guest appearance, almost all of the third act,” Jean said. “And of course, [Brooks] is always hilarious and it was just really funny to record him, both to hear what he talks about when it’s not the lines and then when it is the lines, what he adds to them.”
As for whether “The Simpsons” will dive deeper into the COVID-19 pandemic, Jean said the show may just stick with the reference it made on last fall’s “Treehouse of Horror” episode. “Everyone came to the same conclusion, which is you’ll want to be watching these shows in five years,” he said. “And, I’d have to think, things will be significantly better by then. It’s a very strange time but it’s not going to be forever.”
Here’s a teaser from the episode and Wallace’s return:
Read More About:

9 signs it’s time to break up

The Best Documentaries to Watch on Netflix After ‘Tiger King’