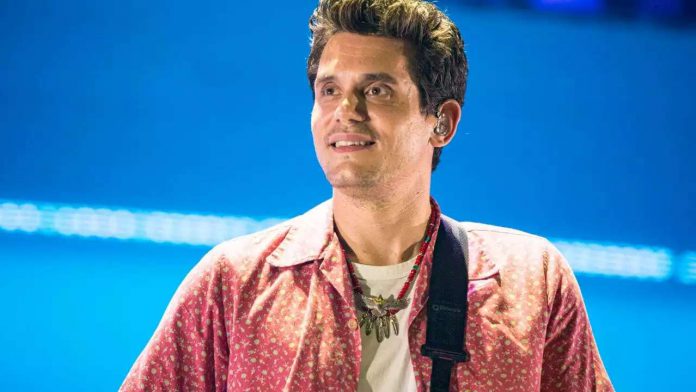 , on his radio show Monday morning, where he appeared as the surprise co-host, taking calls from SiriusXM subscribers.
The pair also touched on Mayer’s personal life and the latest in entertainment news, including the

documentary.
Mayer revealed that he”almost cried 5 times” while watching the revealing doc, empathizing with what fame does to a person.
“I almost cried five times during that,” the singer revealed.”To see the sadness in this human being, I almost, I mean the end, I mean, I was on the edge of tears five times, because if you understand what this business, slash industry, slash lifestyle does to a person. To go through this and come out the other side OK, is to have infinite grace for those who struggle with it.”
A post shared by Andy Cohen (@bravoandy)
Mayer credited his ability to navigate the industry mostly unscathed to being a man.
“I came out OK… I have a very strong feeling that part of that is because I’m a man.

And I have a very strong feeling that a lot of these things that happen to female performers is endemic to being female. Why do so many men emerge going, ‘Learned my lesson. Yes I got dinked in the head, but I’m back baby’? So I watched it with such grace for someone who got much more maligned by the inhuman experiment of fame than I did. And I go, ‘Why did I get through that? Why did I find my way through that obstacle course? What was afforded to me stylistically’? The stylistic difference of being an outlaw. If you’re a man, you’re an outlaw. If you’re a woman, you’re kind of crazy. And when I watched that through that lens, my heart just ached the whole time.”
Mayer isn’t the only celebrity to have a strong reaction to the
Times
documentary. Cohen tweeted in support of the pop star shortly after the doc aired.
🌞 Good morning!🌞 have a great day! And:

Ireland Baldwin covers breasts with ‘I voted’ stickers ahead of the...