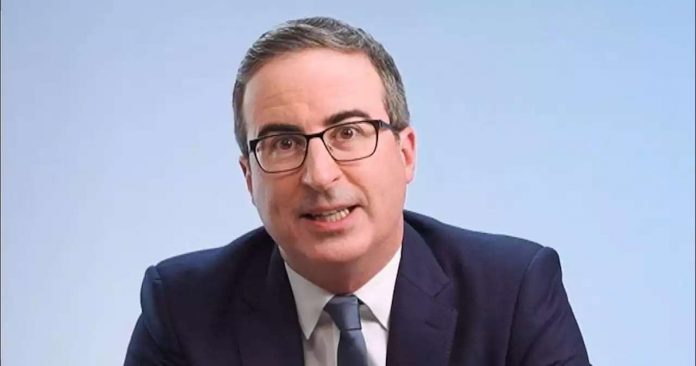 “Because the first rule of fatherhood is throw your daughters under the bus at the first opportunity.”

Photo: HBO Ted Cruz’s attempt at a Cancún vacation was the most-dissected thing in the news last week, as the Texas senator left his state behind in the midst of a humanitarian crisis because, well, we guess he really wanted to sip some beachside Señor Frog’s margs in his swim trunks? John Oliver addressed the saga on Sunday’s Last Week Tonight, reminding us that the senator’s initial statement on the trip was that he was appeasing the demands of his two daughters: Cruz later admitted it was “obviously a mistake” to abandon his state for Cancún, but not before his wife’s friends snitched on their group chat to reveal just how premeditated the vacation was.

“I mean that’s just incredible,” Oliver continued. “Ted Cruz — who remember, wants to be president — told the world he was bullied into international travel by tweens, then got cyberbullied into coming home by the internet, leaving his wife to solo parent two kids on vacation in another country while trying to figure out who in her mom group doxxed her. It’s all amazing.” Even more amazing might be the memes that Cruz has inspired.

Anna Kendrick’s Outfits Change Based on Her Relationships in HBO’s Love...

Ariana Grande and Justin Bieber’s ‘Stuck With U’ Lyrics Are an...

Isolation Row Rediscovering My Love of the Grateful Dead During Quarantine...