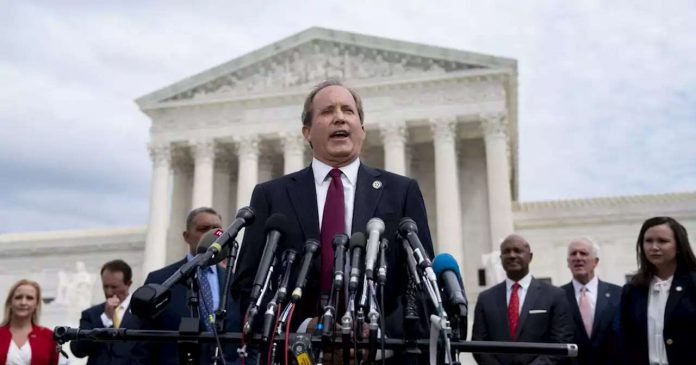 Attorney General Ken Paxton claims his trip to Utah was “after power had returned.” But the day he left, over 2 million Texans didn’t have power.

Photo: Bloomberg via Getty Images Texas Senator Ted Cruz faced an avalanche of condemnation last week when he was seen on a plane heading to the beach destination of Cancún while his state suffered through a massive energy crisis caused by freezing weather. But Cruz wasn’t the state’s only elected Republican to skip town for warmer temperatures, or at least reliable power. Late last week, the Houston Chronicle reported that state representative Gary Gates flew to Orlando on a private jet after his home lost power. And on Monday, the Dallas Morning News reported that Texas Attorney General Ken Paxton and his wife, state senator Angela Paxton, traveled to Utah last week amid the failure of his state’s power grid.
A campaign spokesman told the Morning News that Paxton had flown to see his counterpart in Utah, Sean Reyes, for a “previously planned meeting” in Salt Lake City on Wednesday afternoon and again on Friday. The spokesman also claimed that Paxton did not leave Texas “until after power had returned” to most households: However, more than 2.8 million Texans did not have power on Wednesday morning, and millions more did not have potable water in their homes until the end of the week. The paper added that, as of Monday, it’s still “unclear whether the Paxtons have returned to Texas.”
Unlike Cruz, Ken Paxton was on a business trip.

(As for Angela Paxton, the Texas Legislature had postponed all of its scheduled hearings during the power outages.) But as Texas House Democratic Caucus chair Chris Turner asked, does Paxton “not have a Zoom account?” While the attorney general’s office was responsible last week for responding to reports of price gouging on disaster essentials like bottled water and hotel rooms, his staff was being led by afar. “In a week when there were multiple reports of price gouging, the top official charged with consumer protection was out of state,” Turner added. Other state Democrats pressed a similar angle: “Hey Paxton,” tweeted state representative Trey Martinez Fischer, “Texans are getting $15,000 electric bills — you are the state’s consumer cop and you abandoned ship when Texans needed your support?”
Paxton has found himself in the national spotlight quite frequently over the past year, including his appearance at a presidential rally in D.C. on January 6 encouraging Trump supporters to “keep fighting” hours before the crowd attacked the Capitol. A few months prior, seven officials in his office wrote to the feds to investigate him for “improper influence, abuse of office, bribery and other potential crimes.” Meanwhile, he is still under indictment on multiple felony charges of securities fraud from over five years ago.

Why ‘Euphoria’ Has the Best Makeup on Television Right Now