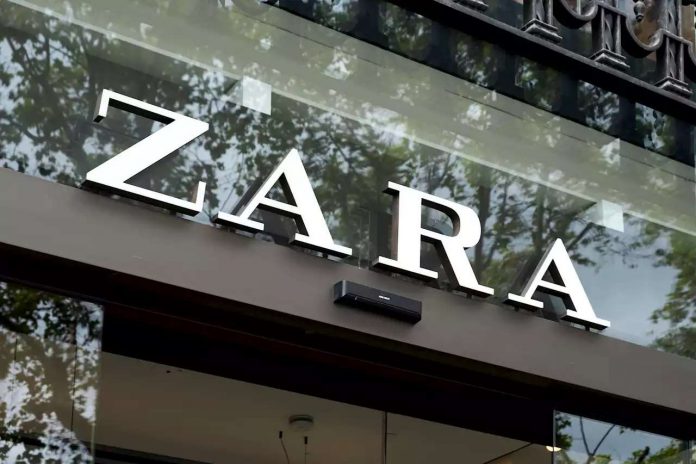 Reuters
March 2, 2021 11:10
Inditex staff in Spain say they are being forced out as the owner of fast-fashion brand Zara rolls out its plan to shut up to 1,200 stores worldwide, despite a company agreement with Spanish unions to project jobs.
The world’s biggest clothes retailer is closing smaller outlets while expanding flagship stores and the Spanish closures are the first of up to 700 expected this year in Europe, as well as 100 in the Americas and 400 elsewhere in the world.
Under a December agreement, seen by Reuters, with two Spanish unions, Inditex aims to provide all affected staff with new vacancies matching their old contracts and seniority within 25 km (16 miles) of where they used to work.
But unions and staff say it’s not going to plan.
In an internal report seen by Reuters, the UGT union analysed vacancies offered by Inditex and found 40 percent of the new positions were outside the province where the worker in question had worked, in some cases on the other side of the country.
The report said one in four workers offered new positions in Spain so far had quit.
“If workers who used to work 40 hours are offered 12-hour jobs, hours away, that’s not preserving employment,” said Cristina Estevez, UGT’s retail representative.
UGT, the second-biggest Spanish union within Inditex, signed the deal with the company along with the leading syndicate CCOO.
An Inditex spokesman said in an email to Reuters that it was complying with the union agreement and that relocations respected, “all its principles, wording and spirit, which is to prioritise the maintenance of jobs.”
The company was offering more than one vacancy for every job lost, the spokesman said, pointing out that 75 percent of workers had been successfully relocated so far.
More new jobs
Clothing sales at Inditex and rivals such as H&M and Next recovered towards the end of last year from record lows when the Covid-19 pandemic first struck, boosted by online shopping and a quick rebound in China.
But the retail industry’s recovery in the western world has been frustrated by lockdowns extending well into 2021 and slow vaccine rollouts in some countries.
While most retail jobs lost in the first quarter of 2020 in the United States and Europe have been reinstated, the number of people employed in the sector remains well below pre-pandemic levels, according to data from Eikon Datastream and Eurostat.
In the United States, the shortfall is about 400,000 jobs while in Europe it’s nearly 350,000, the data showed.
Inditex said in June it would close 1,000 to 1,200 of its smaller, less profitable stores worldwide by the end of 2021. The pandemic tipped the company into a loss for the first time though Inditex attributed the closures to strong results from its integrated online and in-store model.
So far, Inditex has announced the closure of 114 stores in Spain affecting 986 jobs, CCOO said, with unions expecting a further 186 outlets to shut this year.
The number of vacancies offered so far is equivalent to 126 percent of jobs affected, the Inditex spokesman said.
‘Laughing at us’
Six Spanish unions contacted by Reuters, including CCOO and UGT, said the high proportion of offers in different regions for fewer hours and more evenings and weekends was beyond the scope of what they had expected.

Some workers said the options offered to them would have meant cutting their weekly hours from 30 to 40 to below 20, with shifts moved to evenings and weekends, as shown by documents seen by Reuters listing the new vacancies.
“They’re basically inviting us to leave,” said one Zara worker in Guadalajara near the capital Madrid, who spoke on condition of anonymity for fear of repercussions in her career.
“The vacancies they offered in our store were eight or 16 hours weekly, always on weekends, or even just Sundays, when almost all the staff used to do 20, 40 hours weekly. They’re laughing at us,” she said.
The spokesman for Inditex said it had offered workers in Guadalajara the best alternatives available in the vicinity.
Under the December agreement, Inditex committed to reimburse transport costs up to €90 a month when relocation within 25 km was impossible, and cover relocation expenses if staff had to move house. Otherwise, workers could opt to leave, receiving compensation proportionate to their years with the firm.
Some workers in Barcelona were offered vacancies in Santander, a seven-hour drive away, the UGT union said. The CGT union in Madrid, said one worker was offered a position in Melilla, an autonomous Spanish city in North Africa.
“These are disguised layoffs,” CGT secretary for Zara in Madrid, Anibal Maestro, said. “When you propose such moves, you’re forcing the workers to quit.”
Blank cheque
The Inditex spokesman said its agreement with the unions accounted for the fact that vacancies further away may be attractive to some staff, citing examples of five people who had asked to relocate long distances.
The fashion retailer, the world’s largest by revenue, expanded its global store network by a net 1,942 stores from 2012 to hit a peak of 7,199. But only 450 stores will open between 2020 and 2022, the company has said, as it seeks to boost the proportion of its online sales to 25 percent from 14 percent.
Elsewhere in Europe, negotiations over closures are still underway, according to UNI Global Union, which is overseeing the process with national unions across the region.
In a videoconference with the company’s European Works Council (EWC) in June, Inditex assured them that staff affected by closures would all receive alternative job offers.
“Both parties agree that safeguarding work, training staff in order to tackle the new functions derived from digital transformation and labour organisation … constitute the keys in the work plan,” Inditex and the EWC said in a joint statement on December 21.
The Inditex spokesman said maintaining employment for existing workers was a priority wherever there were closures.
But workers on the ground remain fearful, especially those associated with unions that did not sign the agreement.
“That agreement was a blank check for the firm,” said Zara worker and AST union member Jose Angel Parejo, adding that he feared his 13 years at the company would end when his store in central Madrid closes this month. “They committed to an equivalence in quantity of vacancies, but not quality.”
By Clara-Laeila Laudette and Victoria Waldersee; Editors: Ingrid Melander and David Clarke
In other news

The Disappearing Mothers Covid-19 Has Brought IVF to a Standstill