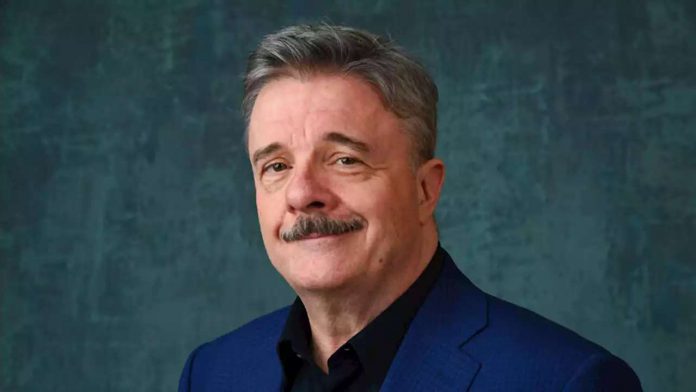 On Saturday, just over a year since COVID-19 shuttered Broadway, three-time Tony winner Nathan Lane and Tony-winning choreographer Savion Glover performed before an audience at the St. James Theatr…

Savion Glover
performed before an audience at the St. James Theatre, marking the first time since Broadway’s closure that the door to one of its houses opened.
As part of the NY PopsUp event series, Lane and Glover performed for a gathering of less than 150 staffers from The Actors Fund and Broadway Cares/Equity Fights AIDS. Prior to Broadway’s shutdown on March 12 last year, the St. James was home to Disney’s musical, “Frozen.”
Glover, who won a Tony Award for choreographing “Bring in ‘Da Noise, Bring in ‘Da Funk,” performed an improvised tap retrospective of Broadway numbers like “I Hope I Get It,” “Memories” and “Black and Blue.” Lane, alone on the stage, recited a new monologue by Paul Rudnick, called “Playbills.”
Saturday’s performance marked a pivotal step in Broadway’s long road to reopening, though the event was closed to the public and live-streamed over Instagram. Held just after noon, the performance followed the first day on which Broadway, technically, could be allowed to open.
As of April 2, New York has permitted theaters and concert venues to begin limited indoor performances. But with prohibitions against indoor gatherings larger than 100 untested people, theater restrictions still stymie any financially viable path for Broadway producers. When Broadway officially resumes is up to the complicated network of unions, producers, theater owners and trade associations which preside over the industry.
“I know, theater is a luxury. Except it’s not. I live on ramen so I can buy half-priced tickets,” Lane recounted during the monologue, portraying a Broadway devotee in a star-studded quarantine fever dream.

“I love theater. I can’t explain it. It’s just when I have tickets to a show it lifts my whole day. It’s like a date with someone who might be wonderful, or might be boring, or might change my life forever.”
Governor Andrew Cuomo announced the NY PopsUp initiative in February as a way to ease theater-starved New Yorkers back into the performing arts. Since, NY PopsUp has featured performers like Amy Schumer, Jon Batiste and Patti Smith, as well as Broadway’s Gavin Creel and Shoshana Bean, at impromptu events around the city. The festival plans to produce over 300 pop-up performances until Labor Day, imaginably coinciding with Broadway producers’ unofficial hopes to open theaters in the fall.
“I hope that we’re seeing the beginnings of collaborations that will blossom over the next couple of years, and also seeding some things that I hope will just become part of the fabric of the city and state as we rebuild it,” Zack Winokur, the program’s Artistic Director, told
Variety
about the initiative in March. “I want a full and juicy and abundant recovery, but I also hope that we don’t lose the intimacy and potency of these performances that are created because of the current safety constraints.”
Though the event brought together a sentimental communion of audience and performer—missing from most attempts at theater this past year—the afternoon’s scarce crowd and digital broadcast signaled, still, that a recognizable Broadway is far off.
While Lane and Glover took the stage, the ghost light at the St. James, left on this past year to signify a dark theater, remained lit.
Read More About:

The Most Scathing Lines From Larry Hogan’s Trump Takedown