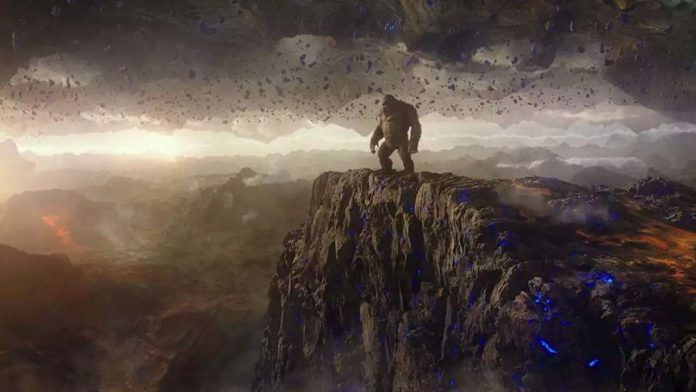 Although Warner Bros. and Legendary Entertainment’s monster mashup was beaten by a sentimental Chinese drama produced for less than $5 million, it is still expected to finish its China run with total revenue of around $190 million.

Godzilla vs. Kong
newly crowned
pandemic-era box-office champ, has already suffered a surprise upset in China.
The Warner Bros. and Legendary Entertainment blockbuster earned a healthy $44.2 million in its second weekend on Chinese screens, which amounted to a slide of just 37 percent from its $70.3 million debut. But that wasn’t enough to stay on top. Underdog local drama
Sister
, from Shanghai-based studio Lian Ray Pictures, handily defeated the monster mashup, opening to $53.5 million.
Directed by newcomer Ruoxin Yin,
Sister
tells the story of a girl (Zhang Zifeng of
Detective Chinatown
franchise fame) who’s forced to sacrifice her big-city independence to raise her little brother after their parents are killed in a car accident. Much like Chinese New Year’s surprise smash hit,
Hi, Mom
,
Sister
‘s sentimental, family-focused story has connected with China’s post-pandemic audience in a big way, catapulting it straight into blockbuster territory. The film was reportedly made for less than $5 million (compared to
Godzilla vs. Kong
‘s estimated $160 million production and VFX budget).

Still, Legendary and Warners have much to celebrate in
Godzilla vs. Kong
‘s success in China. The film is holding better than most expected, with ticketing and data company Maoyan currently projecting a career run of $193 million. Thanks to its unexpectedly powerful North American launch of $48.5 million,
Godzilla vs. Kong
‘s global total stands at $285.4 million — the best of a U.S. studio film during the pandemic era by far (but still nowhere close to the $822 million earned by
Hi, Mom
Filmko Pictures’ animated feature
Monkey King Reborn
opened in third place with $7.4 million during the holiday weekend (it was Tomb Sweeping Day in China on Sunday), followed by comedy drama
The Eleventh Chapter
, from Jiabo Culture Development, according to data from Artisan Gateway.
Disney/Fox’s re-release of James Cameron’s
Avatar
also has continued to sell tickets at a modest clip. The film added about $1.5 million, lifting its long-running career total in China to $258.4 million.

The age when you should buy a