Home Woman Inside the Dirty Business of Hit Songwriting 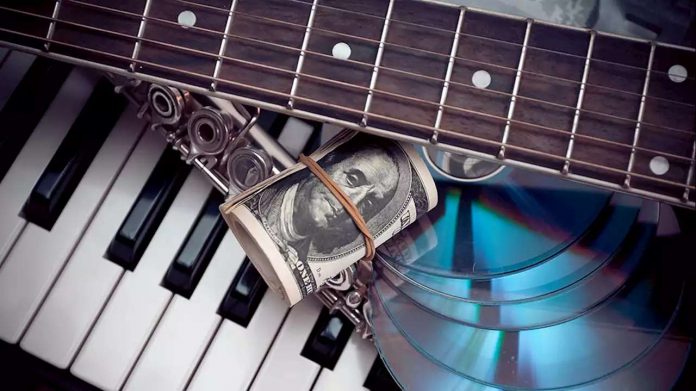 Sixty-four years ago, as Elvis Presley’s career reached its supernova stage, the 21-year-old singer’s team hit on a strategy that enabled him to profit from songwriting without actually writing son…

and the performing-rights organizations that were also involved in the talks.
“Too often, songwriters don’t value their own art,” Warren tells
Variety
. “When we first started the Pact, we explored the possibility of becoming a union, but that was just too complicated, so hopefully this fills that void to a degree. The idea is to protect each other, but it’s really hard — there’s no leverage and not many options, so there’s a real lack of confidence.”
Coupled with that challenge is the sheer difficulty of proving who actually wrote a song, an art form that defies hard and fast definitions. That conundrum is exemplified by the protracted — and extremely expensive — recent legal battles around two songs in particular, Led Zeppelin’s “Stairway to Heaven” (which has been contested for years by the estate of former Spirit guitarist Randy California) and Katy Perry’s “Dark Horse” (which is centered around four simple notes that also appear in an earlier song by Flame titled “Joyful Noise”). While those are essentially plagiarism lawsuits, along with the 2015 decision that found Robin Thicke and Pharrell Williams’ “Blurred Lines” had co-opted the “feel” of Marvin Gaye’s hit “Got to Give It Up,” they all show just how blurred the lines can become when trying to prove authorship. With millions of dollars at stake, the decisions in those lawsuits have swung from one side to the other like a metronome, with the advantage going to one side and then the other, after an appeal, in a Dickensian back-and-forth that probably will only end when one side loses its will or its funding.
The above lawsuits involve comparing one song to another; things can be even more complicated when trying to prove exactly who wrote
one
song, particularly whether a person’s contribution is worthy of a credit and a certain share. Apparently, no credits are ever truly final: Many songs in recent years have seen writers quietly added as sample claims or infringement allegations are settled out of court; and more than 40 years after the song’s release, Procol Harum organist Matthew Fisher won a credit and royalties for the 1967 classic “Whiter Shade of Pale,” one of the most iconic and lucrative pieces of music of the modern era, although the case bounced back and forth in courts for four years.
But unlike those cases, the jockeying for credit that the Pact is disputing takes place before a song’s recording or release — and sources say many stars and their teams do not hesitate to use their leverage. “A lot of the time, even if the artist was just
in the room
, [their representative] will say that their ‘energy’ contributed to it and deserves a credit,” one veteran songwriter says. “It’s like just breathing the same air as them is enough.”
However, Warren and others stress that most of the artists in question do write songs, or at least have a hand in the process — but it’s when they’re angling for credit on songs to which they didn’t contribute, or made just minor tweaks, that bad feelings occur: A longstanding music-biz catchphrase goes, “Change a word, take a third [of the credit].”
While such moves seem unreasonably greedy, a key component of a modern pop artist’s longevity is their ability also to be seen as an
artiste
, writing and producing their own songs. (While multiple industry insiders tell
Variety
the practice is particularly rife in the hip-hop and pop worlds, they also say it is much less common in Nashville, partially because songwriters in country music traditionally are more respected and have more industry clout, and also because there’s less of a stigma attached to a singer being an interpreter rather than a songwriters as well.)
“I don’t quite understand the need for it, but I guess I get it,” Warren says. “But from the songwriter’s side, it’s more about the principle. If the credit is so important, the artist should do the business for it: How about taking 1%, or even
no
percent, instead of 15 or 20?”
But no matter what their public persona might be, in reality most major superstars and/or their teams are stone-cold killers when it comes to business. So when the ask comes in, it can range from a carrot to a stick and everything in between.
“Along with the threat of ‘Oh, we’ll just find another song if you won’t give us x percent,’” Warren says, “there’s been some pretty intense bullying about my lack of worth to a project — and how I should feel lucky [to be involved], and how it makes perfect sense that this artist should get
this
much publishing based on who they are. And then they threaten that they’re never going to work with me again.”
Gurka, who manages Warren and several other songwriters, chimes in, “This isn’t just Emily, this happening across my roster. And something that highlights how normalized it’s become is actually the opposite of what she just described: I often hear, ‘Your client is so amazing, they’re one of our favorite writers and we know the value that they bring, but now our artist has to promote the song for a year so we need 15% or we’re gonna have to find another song,’” he sighs. “I can’t tell if that’s better or worse.”
One veteran songwriter who has worked with several major artists now sees through the velvet-glove approach. “Stars are very charismatic, and they know how to use it to get what they want,” the songwriter says.

“You don’t want to believe they’re ripping you off, and even when it’s obvious that they are, it’s easy to blame it on the manager or the A&R — after all, being the bad guy is part of their job.”
Another songwriter adds, “A lot of the time, you’re not supposed to talk about this stuff with the artist. If you do, you’re being ‘negative’ and might not get invited back. The manager will say, ‘Oh, the artist wants you to do them this
favor
.”
Another adds, “I’ve had situations where writing the song was a great experience — and
then
I’ve been treated just horribly. Even if you get the credit on a hit, the surrounding bullshit and disrespect is what hurts.”
That songwriter also spoke of not receiving featured billing on a hit that they cowrote and sang on, because of what the artist described as “the look” — although it was unclear whether the songwriter didn’t suit the artist’s profile, or was trying to appear to have the lion’s share of the creativity. The songwriter stressed that they were satisfactorily compensated financially in this situation, although not in terms of credit.
“Stars have a different chemistry, they live in a different reality from everyone else,” the songwriter says. “A lot of them get addicted to power and money and credit, and they want it all. It’s like an addiction, or a disease.”
* * *
However, even some of the most experienced people
Variety
spoke with question the degree to which the artists are involved or even aware of the practice — “Nah, [this or that artist] would never do that,” more than one of them said — and it’s not hard to imagine less-experienced or less business-savvy artists glossing over such details during a long meeting. One songwriter says, “You can picture a manager pointing to a line on a statement and saying to some 20-year-old singer, ‘That’s the publishing percentage you get on the song,’ and if there are any questions: ‘That’s the way it works.’
“I think the artists are either super-greedy or super-green,” the songwriter continues. “And a lot of people starting out don’t know any better, and are scared to say no.”
Another adds, “I’m sure a lot of artists aren’t aware of the ways they’re being leveraged and bartered.”
But on the flip side, some songwriters feel that even less-traditional methods of collaboration deserve credit: Autumn Rowe, who has worked with Lipa, Jesse McCartney, Lindsey Stirling and many young singers, says she usually is happy to share with artists who were in the room at the time of the song’s creation. “The type of writing I do is quite personal to an artist, and often their stories inspire me,” she says. “I’ve written with a lot of teenagers and it’s their first session, so they’re not confident writers yet. They give me their vulnerability, and there’s no way I would have written those songs without them. If it’s a 16-year-old telling me about being bullied and I put that into the song, I would feel weird if that type of openness didn’t get something in return.”
At the same time, she’s very upfront about the steep financial challenges songwriters face. “The industry just doesn’t understand how hard it is to be just a writer,” Rowe says, noting that many expenses aren’t covered. “You often have to pay for your own travel, and a lot of the time you end up working for free,” she adds; multiple writers cited weeks-long writing sessions that only produced a couple of songs that ended up being recorded — or none.
Warren and nearly all of the writers who spoke with
Variety
stressed that they’re not opposed to cutting deals — “but this straight-up stealing, taking publishing without giving anything in return, has got to stop,” she says. “It’s important to say that we all recognize how important the artists and managers and labels and everyone is to our careers and our lives — we’re not interested in slamming artists, we’re just tired of not getting that same recognition and respect in return.”
One solution suggested by a songwriter manager is for labels to refuse to release a song until the songwriting splits are confirmed — a practice that is currently in place for production credits. An artist manager proposed a regulatory protocol mandating a 5% publishing share for artists on songs by outside writers that they record. That suggestion that was met by some songwriters with a wry, “Sounds great — does that mean they won’t ask for 20% anymore?”
The Pact has a steep battle ahead of it: Not only are they railing against a lucrative and long-established industry practice, since their stance effectively pits one set of writers against another, top songwriting and publishing organizations have shied away from officially endorsing it; only the comparatively grass-roots Songwriters of North America has made a statement in its support.
“Everybody knows about this: managers, labels, publishers, lawyers, everybody,” one top writer says. “I’m not naming artists’ names unless I can throw their teams under the bus, too.”
Another is less diplomatic, calling for artists to “give back the publishing they took.” The writer says, “If people start naming names, an awful lot of artists will have some answering to do.”

Selena Gomez Got a 2020 Version of ‘The Rachel’ Haircut