Home Woman Bachelor in Paradise’ Heads Back to ABC This Summer Plus Three New... 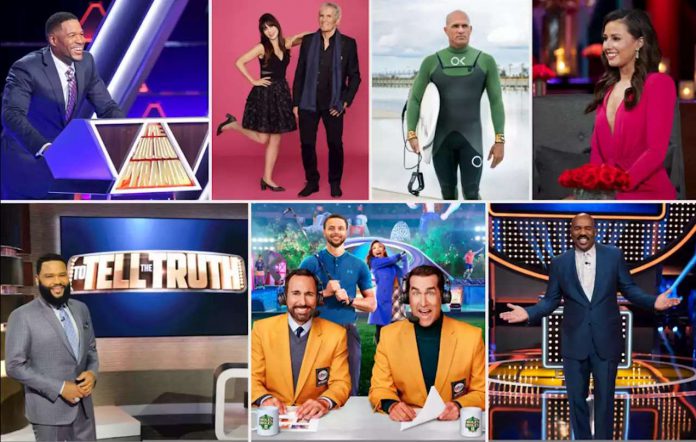 Variety
last month.
In addition to the “Bachelor” franchise staples, three new series will be making their ABC debuts: “The Celebrity Dating Game,” hosted by Zooey Deschanel and Michael Bolton; “When Nature Calls” (working title) in June; and “The Ultimate Surfer” in August. The network will also be welcoming back “Celebrity Family Feud,” “The Chase” and “To Tell the Truth.”
Last summer, “Celebrity Family Feud” ranked as the No. 1 program in the Sunday 8 p.m. hour in total viewers; this past fall, “The Chase” ranked as the No. 1 program in the Thursday 9 p.m. hour in total viewers. Whacky mini-golf competition series “
Holey Moley
,” which was the No. 1 most co-viewed summer series on major broadcast networks, will also be swinging back to the Walt Disney Television flagship property.
New episodes of “Press Your Luck,” “The $100,000 Pyramid,” “Card Sharks” and the mystery game show “The Hustler” are also slated to air on ABC this summer.

Ellen DeGeneres Show Producer Admits It Has Been a “Rough” Couple...

Cardi B Breaks Silence on Backlash About Kylie Jenner’s Appearance in...

PSA Keeping Up With The Kardashians seasons one two drop on...