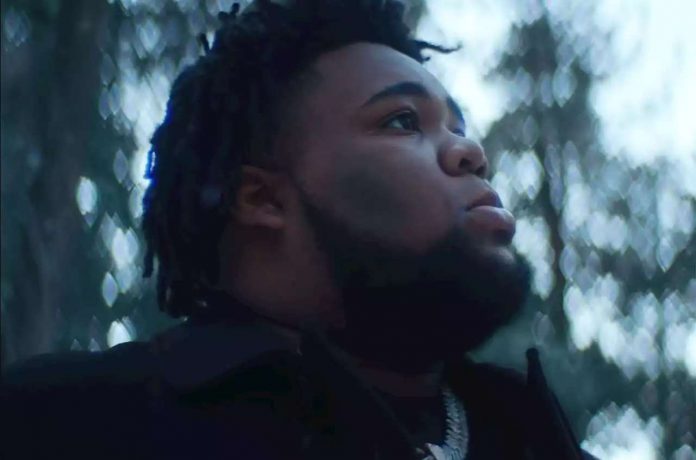 Rod Wave is the No. 1 songwriter in the U.S., as the rapper leads Billboard’s Hot 100 Songwriters chart for the first time.

Courtesy Photo
Rod Wave”Tombstone”
He charts 14 songs on the Hot 100, as he lands his first leader on the Billboard 200 albums chart.
is the No. 1 songwriter in the U.S., as the rapper leads
Billboard
‘s Hot 100 Songwriters chart for the first time.
He tops the April 10-dated tally on the strength of 14 credits on the latest
chart, all of which appear on his new LP,
SoulFly
Billboard 200
with 130,000 equivalent album units, according to MRC Data, marking his first No. 1 on the survey.
Here’s a rundown of Rod Wave’s entries, all of which he wrote or co-wrote, on the latest Hot 100.
Artist Mentioned
Rank, Title (co-songwriters in addition to Rod Wave)
No. 11,”Tombstone” (Eric Foley Jr., Jaylon Howard, Jai Beats)
No. 16,”Street Runner” (TNTxD, London Blue, Karltin Bankz, Ruth B)
No. 22,”Richer,” featuring Polo G (Polo G, Roland Hannah, Flynn Cranston)
No. 55,”SoulFly” (TNTxD, Tahj Money, Shaad K Rounds, Ryan Hartlove)
No. 61,”Gone Till November” (Drum Dummie, Kimj)
No. 63,”Don’t Forget” (TNTxD, Basobeats)
No. 65,”Blame on You” (TNTxD, Evrgrn, Adam Fritz)
No.

71,”All I Got” (Mook Got The Keys Jumping, LowLowTurnMeUp, DZIMI)
No. 85,”Pills & Billz” (Eric Foley Jr., Roland Hannah, Uncle Cameron)
No. 88,”How the Game Go” (Ryder Johnson, Taz Taylor, Adawg)
No. 89,”OMDB” (Yung Tago, A$tod)
No. 94,”What’s Love??” (Bizounce, Luci G)
No. 96,”Shock Da World” (TNTxD, Jay Beats, Uncle Cameron)
No. 98,”Sneaky Links” (TNTxD, DMac, London Blue, Karltin Bankz)
Rod Wave Earns First No. 1 Album on Billboard 200 Chart With ‘SoulFly’
The weekly Hot 100 Songwriters and Hot 100 Producers charts are based on total points accrued by a songwriter and producer, respectively, for each attributed song that appears on the Hot 100; plus, genre-based songwriter and producer charts follow the same methodology based on corresponding”Hot”-named genre charts. As with
Billboard
‘s yearly recaps, multiple writers or producers split points for each song equally (and the dividing of points will lead to occasional ties on rankings).
The full Hot 100 Songwriters and Hot 100 Producers charts, in addition to the full genre rankings, can be found on

Is Everyone Buying Fake Bags But Me?