Home Woman Shaggy Reflects on His 2001 Takeover When You Mention Dancehall You Have... 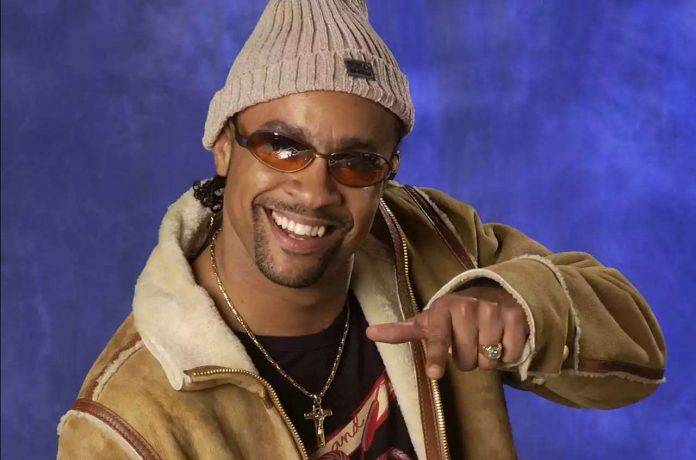 Our 2001 Week continues with an interview with Shaggy, as he looks back on the biggest year of his career, including breakout hits “It Wasn’t Me” and “Angel.”

documentary
about the song and I didn’t know “It Wasn’t Me” almost didn’t make the album.
I was never surprised that the record label didn’t like anything we did. They just couldn’t understand us. They’re used to a cookie-cutter style of making records. We were coming out of left-field from a different culture. They’re not going to spend millions of dollars promoting some kid just doing dancehall. Dancehall had such a stigma: guns, violence, homophobia, all kinds of s–t. So that made it hard for me to maneuver through it.
How Britney Spears’ ‘I’m A Slave 4 U’ Shifted Her Career and Pop’s Direction
You were already becoming a star because “Oh Carolina” and “Boombastic” were hits overseas. So you still had some credibility.
But that just wasn’t the case. You would think they’d say, “There’s a track record with this guy. We’ve gotta give him a shot.” I ended up getting on MCA because I did a chance record called
[in 1998] with Janet Jackson for
How Stella Got Her Groove Back
. The only reason I was on that soundtrack is because Terry McMillian, who wrote the novel, loosely based it on her love story with this Jamaican guy. So she told [producer] Terry Lewis that I had to be on this record. Either Mariah and Janet who was gonna sing the chorus.
I just wanted to just scream inside:
“OH F–KKKK!
” I was a nobody. But then Janet wouldn’t come in the video or help us promote it. So at that point, I was like, “It’s an album track, just leave it alone.” They put Mary J. Blige’s [“Beautiful”] out as the first single and it tanked on radio. And out of nowhere, they just started to play the one with me and Janet. That’s how MCA signed me. It wasn’t because of my track record.
The thing with dancehall [at the time] was all the artists got a hit, but they never had a follow-up. It was a new genre and nobody was risking that. After
Hot Shot
everything was much easier for people like Sean Paul and Wayne Wonder to come out. But we looked at Shabba Ranks as a God because he had more than just one hit. Even though he only went Gold, that was a big one for the culture.
So “It Wasn’t Me” went from a song that the label wasn’t messing with to your first No. 1 hit and a
pop-culture staple
. I’m sure that had to blow your mind.
It was our first in the U.S., but around the world, we were already getting quite a few No. 1s. It’s funny that “Oh Carolina” was a No. 1 in almost every country except the United States and the record company just couldn’t get it. That shows you [how little] they put behind it. Even “Boombastic” debuted at No. 1 on the British chart. [The label] could have gotten those things over the hump, we just weren’t a priority. It’s like, “This is reggae, why are we spending the extra money to get it there? We signed a guy for like $500,000 and we already made four times that.”
We just didn’t have management at the time that knew how to work those buildings. They were just so happy to be on a major. So “It Wasn’t Me” being the first No.1 was a big deal because it literally made me into a household name.
I videotaped Michael Jackson’s 2001 30th-anniversary special as a kid and the camera cutting to him saying
became a popular meme. What was it like performing “It Wasn’t Me” that night?

I remember meeting him and couldn’t get a word in, because he knew so much about me. He said, “It sounds like something I would write.” He knew songs on the album, which blew my mind. There’s things I wanted to ask him, but I couldn’t because he was just so interested in learning about me. I was like, “This guy studies people.”
I was sitting backstage and Quincy Jones was there. He turned around and said, “You know what I wanna know about you Shaggy? How the hell you sell so many f–king records without promotion?” Quincy Jones, I’ll never forget it.

I said, “I guess I wrote a good song” and he just tapped me on my knee. [
Laughs
.]
It was a great night. We were one of the biggest highlights. It wasn’t reported like that because you had bigger acts like Britney Spears and *NSYNC. They’d [write], “Justin Timberlake was there with Britney!” Or it’ll be something negative: “Oh my God. Did you see the collarbone on Whitney [Houston]?”
Do you remember any other artist interactions that year?
I never had a lot of famous friends like that because I could see through a lot of the bullsh-t. They’ll only call your phone when you’re hot. I was so loyal to my team. Now that probably wasn’t the smartest thing to do. I should have played the game. They’re hypocrites and you just play hypocrite back and it gets you a lot further. [
Laughs
.]
[My team] all did well and all bought homes. But at the end of the day, a lot of them weren’t as loyal. When Jimmy Iovine says, “I want to get you in the room with different producers”, I should’ve said, “Yes, let’s go!” Instead, I was like, “Nah, it’s okay man. I sold 10 million records with my guy so I’m going to stick with him.” These are things that I teach people now. But it was a great ride.
But one of my biggest meetings was with James Brown [in 2004]. He was so inspirational, man. We were on a tour together and he watched my show every night. Later down the tour, he sat down with me and said, “I’ve never seen anything like you, you’re special. You should let [the world] see both sides of you. I think you’re going to go very, very far.”
How about your Billboard Music Awards performance?
I remember not being very happy with the whole production, because they dressed me as a pimp. When you become that big, you have the suits and the record company coming in. Everybody has an opinion. They brought in their own stylist, who styles Lenny Kravitz, and this and that. It was all these people that I didn’t have a connection with. When I’m saying, “I’m not liking the shirt” they [told me] “This is what’s hot.”
Then I had management that wasn’t backing me up. I wasn’t very lucky with award shows.
Hot Shot
didn’t get nominated for the reggae Grammy, even though it was the biggest record of the year. It was simply because the record company just did not submit us.
Two decades later, how does it feel to be the one who set the tone for this new generation of dancehall?
Well, that’s all you can hope for. I just wanted to make a difference. I wanted to be that guy that when you mentioned dancehall, you have to mention my name. For a while there, I thought people were going to dance over [my career] like it was nothing. But then I decided, “I’m not going to let you erase my legacy.” So I just started going hard again. When they saw me with Sting they were like “What is he doing with this 60-year-old rocker?”
[
Laughs
.]
This is what I’m doing: a Gold album, a Grammy and my second-highest tour. You might look at all you’ve done as really great things. But if you allow generations to look at it like it ain’t s–t…well.
I’m not gonna let you forget me. I keep the bar high enough so that these younger guys [are motivated to] beat it. When you look at my Spotify, it has 10 to 15 million monthly subscribers and the top dancehall artist is at 3 or 4 million. Y’all need to step up.
There’s no way me, Bob [Marley] and Sean [Paul] should be there. I want the new generation to stream better than me because it boosts the genre and gives it a seat at the table. It gives us some sort of presence where corporate wants to f–k with us. It helps the culture with tourism, it’s a big part of our economy.
When you beat me, that’s when we’re forced to be reckoned with.
By

16 Taylor Swift Songs That Will Destroy Your Life