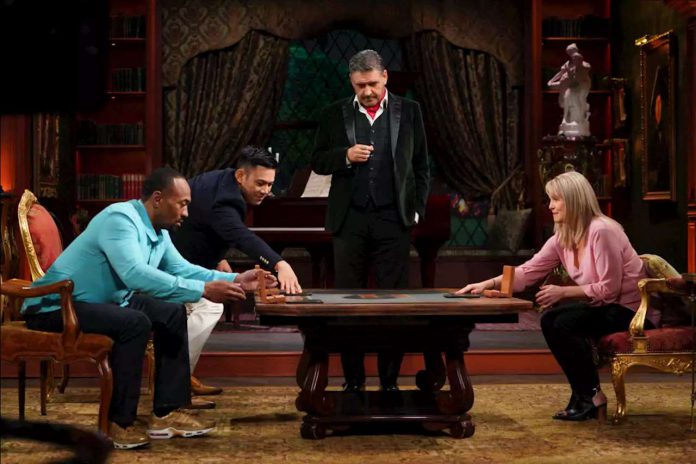 ABC has unveiled its summer unscripted schedule and it looks like things are back to normal after last year’s Covid interruption. The Disney-owned network has renewed gameshows including The Chase …

will return this summer after missing out in 2020.
The network’s slate of classic gameshow reboots such as
Celebrity Family Feud, To Tell the Truth, Press Your Luck, The $100,000 Pyramid
and
are also back alongside new shows
The Celebrity Dating Game
, hosted by Zooey Deschanel and Michael Bolton, and
The Ultimate Surfer.
The Bachelorette
, which ABC revealed recently will have two iterations, this year, is also set on the schedule for June with Katie Thurston kicking off proceedings.
Related Story
Reality Week: Broadcast Nets Plot More Factual Formats As Softer Side Of Non-Scripted Genre Gets Spotlight
Rob Mills, EVP, Unscripted and Alternative Entertainment, Walt Disney Television, told Deadline that he was thrilled to be able to get so many shows on this summer. “The year before the pandemic, we had made a play to really program summer like we programmed the rest of the year and have original programming on almost every night. Then things kind of got slowed down with the pandemic and we had to pull some of our shows last summer. Now the fact that we can produce all these shows and we’re going to have new original programming on almost the entire summer, it feels great.”
The Chase,
an adaptation of the British gameshow from ITV Entertainment, is back with a second season.

The show launched in January with nine episodes and Deadline understands that the second season has received a supersized order. This comes after the producers and the WGA settled their dispute which had led to a writers’ strike. “
The Chase
is one of those ones we wanted to get back on as soon as possible because we really want the momentum of that format to keep going,” said Mills. “Hopefully you’ll see million dollar final chases in this second cycle. But we really are high on that format. We’re excited with how it did this winter and we’re glad we can bring it back so quickly.”
Similarly,
The Hustler,
hosted by Craig Ferguson and based on an idea from Richard Bacon, is back after its launch in January. The show, which is produced by Studio Lambert, follows five contestants as they collaborate to answer a series of 10 trivia questions worth $10,000 each, with the goal of building a collective prize pot that increases with each correct answer but there’s a twist. “Outside of things like
Holey Moley,
we’re known for our reboots of old franchises,” said Mills. “So, it was really exciting that Steven Lambert came in with something that felt kind of wholly original and something that we could make new and make work.”
As Deadline
in February, crazy golf format
Holey Moley,