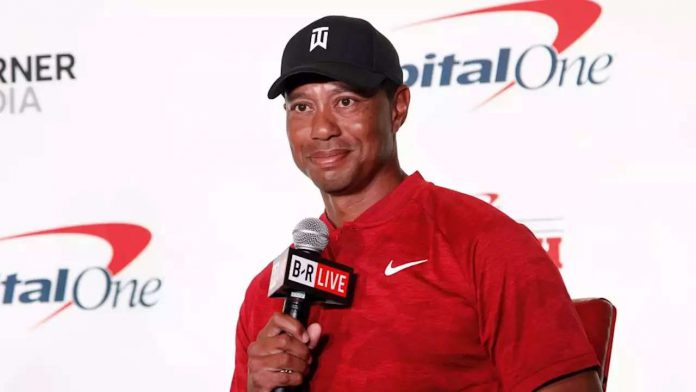 Los Angeles County Sheriff Alex Villanueva has confirmed that speed was the primary cause of the crash that injured Tiger Woods in Rancho Palos Verdes. Villanueva says the vehicle Woods was driving…

Tiger Woods
in Rancho Palos Verdes. Villanueva says the vehicle Woods was driving was traveling at 84- 87 mph when it initially crashed into a median, then 75 mph when it struck a tree alongside Hawthorne Boulevard. According to the Los Angeles Times, that stretch of road is a 45 mph zone.
Sheriff’s officials said they believe golfer Tiger Woods inadvertently pressed the accelerator instead of the brake on the SUV he was driving when it crashed in Rancho Palos Verdes on Feb. 23. Villanueva said no citations have been issued, no blood drawn and there were no signs of any impairment of Woods. The department also did not obtain any phone records to determine if Woods was using his cell phone at the time. He called any idea that Woods received special treatment “absolutely false.”
Related Story
Tiger Woods Released From Hospital, Back At Home, Says He’s
“Without the signs of impairment,” said the Sheriff, “we don’t get to the point where we can author a search warrant and develop probable cause to execute that search warrant.”
Officers at a news conference defended Villanueva’s prior assertion that no crime had been committed. They said that speeding is classified as a misdemeanor, and so consistent with the Sheriff’s assertion.

They also defended the decision not to issue Woods a citation. “We’re not going to issue an infraction that was not committed in a peace officer’s presence,” said a spokesperson.
Villanueva said that, per the California vehicle code, the details of such an investigation were usually kept private. But, said the sheriff, Woods allowed the report to be shared with the public.
Woods’ crashed his SUV in a single-
car accident
on Hawthorne Boulevard in Rancho Palos Verdes. He was taken to Harbor-UCLA Medical Center in Torrance and underwent surgery on two “comminuted open fractures affecting both the upper and lower portions of the tibia and fibula” and a broken ankle, according to a post on Woods’ Twitter feed last night.
The SUV Woods was driving was headed northbound and downhill on Hawthorne Boulevard in Rancho Palos Verdes when crossed the median into the incoming lane. With Woods the only person in the vehicle, it then smashed through signs, sheared a tree, hit the curb, rolled and crashed off the side of the residential street just before 7:12 AM that day.
Picture of the collision scene:

Live PD ’ Cops’ Pulled from TV Schedules in Light of...