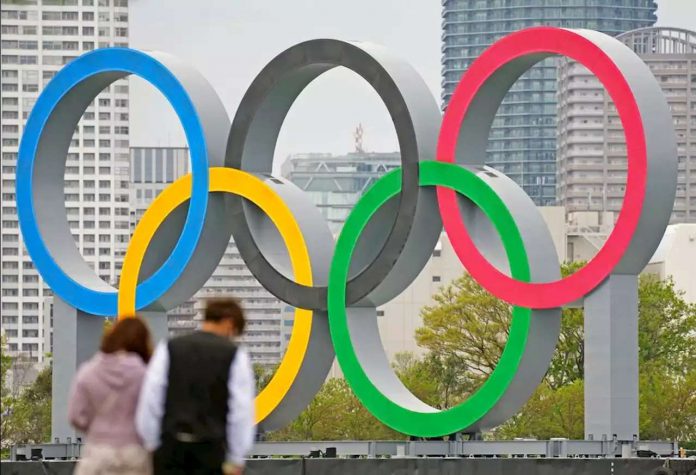 UPDATE, WEDNESDAY, 10 AM PT: White House spokesperson Jen Psaki said that the U.S. is not discussing a potential boycott of the 2022 Winter Olympics in China. “Our position on the 2022 Olympics has…

has not changed,” she said. “We have not discussed, and are not discussing any joint boycott with allies and partners.”
But media outlets jumped on remarks made by State Department Spokesman
Ned Price
on Tuesday, in which he indicated that a boycott was “something that we certainly wish to discuss” with allies.
“That it is certainly something that we understand that a coordinated approach will be not only in our interests but also in the interests of our allies and partners,” he said.
Later, on Twitter, Price clarified that “2022 remains a ways off, but we will continue to consult closely with allies and partners to define our common concerns and establish our shared approach to” China.
Related Story
Joe Biden Says All U.S. Adults Will Be Eligible To Receive Covid-19 Vaccine By April 19
PREVIOUSLY:
State Department spokesman Ned Price raised the possibility that the U.S. and allies are discussing the possibility of a boycott the 2022 Winter Olympics in Beijing over human rights abuses.
He said that a coordinated boycott “is something that we certainly wish to discuss.”
The move would have international implications but also Comcast’s investment in the rights to the event. The company controls the U.S. media rights to the games through 2032, in a $7.75 billion deal that was made with the International Olympic Committee in 2014.
Price said that the U.S. “is engaging with partners, with allies, to coordinate, coordinate closely on decisions and approaches to the government in Beijing.

He pointed to the set of by the U.S., Canada, UK and EU sanctions against those responsible for the atrocities in Xinjiang, which led to retaliatory action by China.
“I wouldn’t want to put a time frame on it, but these discussions are underway,” Price said.
A spokesperson for NBC Sports said that they had no comment.
CEO Brian Roberts last month addressed the possibility of this year’s Summer Games, already postponed from last year because of Covid-19, being delayed again or even canceled. He
said at a conference
that “in the event that it didn’t, we have insurance and contractual protections.”
A boycott of the Games by the U.S. would be the first since 1980, when President Jimmy Carter kept Team USA home from the Summer Games in Moscow. NBC had the rights to the games that year, and its coverage was greatly scaled back. Four years later, the Soviet Union boycotted the Games in Los Angeles, but it didn’t stop the ABC broadcast from being a ratings bonanza.
When China hosted the Summer Games in 2008, there also were calls for a boycott due to Beijing’s inaction in ending the human rights abuses in the Darfur region of Sudan. Steven Spielberg withdrew as artistic adviser to the games.
The next Winter Games are scheduled for Feb. 4-20.
Subscribe to
and keep your inbox happy.
Read More About:

Prince Charles Talks the Most Ghastly Thing’ About the Coronavirus