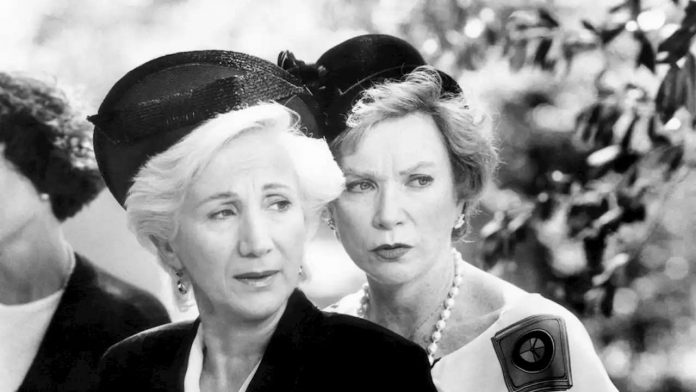 Bradley Whitford, George Takei and more stars honored the”beautiful artist.”
Hollywood and the theater community paid tribute to actress and Oscar winner
Olympia Dukakis,
who died Saturday at the age of 89.
Her brother Apollo shared the news on Facebook, saying, “After many months of failing health she is finally at peace.” Dukakis, known for her role on
Moonstruck
, was also featured in three
Look Who’s Talking
films and was known for her role as Clairee Belcher in
Steel Magnolias,
which was honored through a widely shared video on social media Saturday after her death.
Dukakis taught drama at NYU for more than 15 years and was a founding member of The Charles Playhouse in Boston and the Whole Theater in Montclair, New Jersey. On stage, she appeared in
The Aspen Papers