Home Woman Hysterical’ EPs On Telling The Stories Of Female Comics “We Are On... 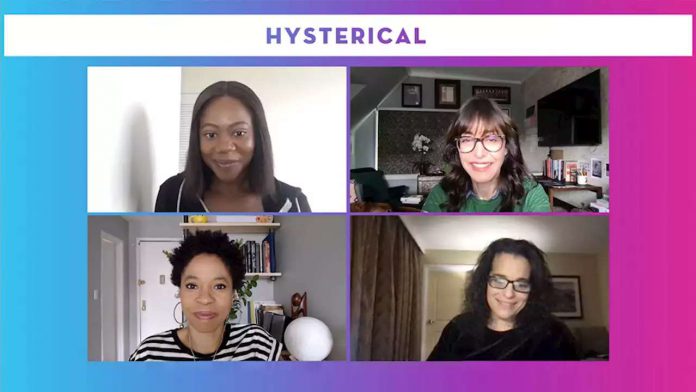 , one of the many comics featured in the documentary.
For Kirson, the onset of the #MeToo movement provided the perfect opportunity to share their stories.
“We are on a path to make a woman’s voice so powerful right now,” she said. “I think this movie really has helped so many people, whether they’re a comic or not, and it’s time for women to have more of a voice. We’re warriors. We have dealt with so many things and so many challenges and it’s time for women to have more power. That’s it. It’s time for us to have more of a say and to be treated as equals.”
Check back Monday for the panel video.
Subscribe to
and keep your inbox happy.
Read More About:

4 Ways To Actually Profit From Your Podcast