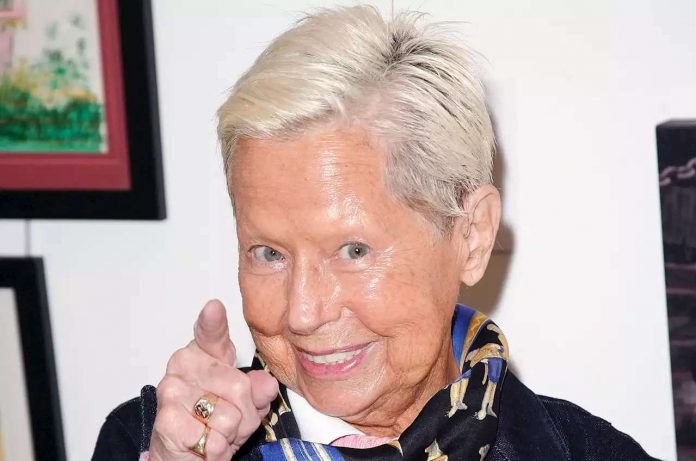 She also portrayed Mammy Yokum in the Broadway and big-screen versions of ‘Li’l Abner.’

Click to copy
Photo by Paul Archuleta/FilmMagic
Actress Billie Hayes attends the”H.R. Pufnstuf” American Cinematheque special screening and Q&A at Aero Theatre on November 20, 2010 in Santa Monica, California.
Billie Hayes, who played the cackling Wilhelmina W. Witchiepoo on Sid and Marty Krofft’s
H.R. Pufnstuf
and the scrappy Mammy Yokum in the Broadway and big-screen versions of
Li’l Abner
, has died. She was 96.
Hayes died Thursday of natural causes at Cedars-Sinai Medical Center in Los Angeles, a family spokesperson said.
After starring as the evil protagonist on the 1969-70 kids program H.R. Pufnstuf, she reteamed with the Krofft brothers in 1971-72 on
Lidsville
, another Saturday morning show for children (she played the incompetent Weenie the Genie on that one).

The Kroffts reacted on Twitter to the news of her death:
More recently, Hayes served as a voice actor for
The Black Cauldron
(1985) and for such cartoons as
Trollkins, The New Scooby-Doo Mysteries, Paw Paws, Darkwing Duck, The Brothers Flub
and
Transformers: Rescue Bots
.
Born on Aug. 5, 1924, in DuQuoin, Illinois, Hayes played in bandleader Vince Genovese’s orchestra while in high school, then toured with her own singing and dancing act throughout the Midwest.
After moving to New York, she auditioned for theater legend J.J. Shubert and was hired for principle roles in three roadshow operettas:
Student Prince, The Merry Widow
and

“Full of Anguish and Pain” A Generational Watershed at the Times...

Hailey Justin Bieber Won’t Stop Talking About Having A Baby On...