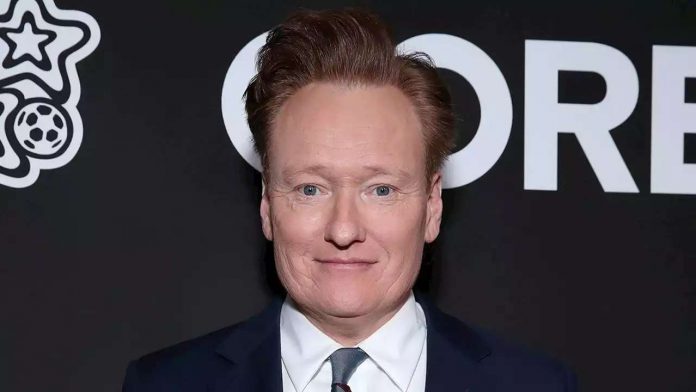 ‘Conan’ will officially wrap with special guests and an extended hour-long finale.

May 4, 2021
“A very old buddhist monk once told me, that to pick something up, you must first put something down,” O’Brien said.”I’ll be honest with you, he was drunk out of his skull and very belligerent, and I maintain you can pick up two things if you use both hands. He just got mad and started swinging at me, so I ended the conversation and took his advice.”
O’Brien went on to call the people at TBS lovely and thanked them for giving him a home when he said he”needed one most.”
“I’d like these last couple of weeks to be a fond look back at all the absurd madness that my team and I’ve concocted,” he went on to share.

O’Brien began his late-night hosting career in 1993 when NBC tapped him to take over as host of
Late Night
, where he stayed through 2009. He briefly hosted
The Tonight Show
for less than a year before moving to TBS, where he launched
Conan
in 2010. His podcast,
Conan O’Brien Needs a Friend
, and
Conan: Without Borders
, where he travels the world, have also been hugely successful.
Over the course of his career, he has won four Emmys and six Writers Guild Awards.
To stay up to date on breaking TV news, sign up for ET’s daily newsletter.
GET THE ET NEWSLETTER

The Latest and Simplest Way to Spot a Narcissist