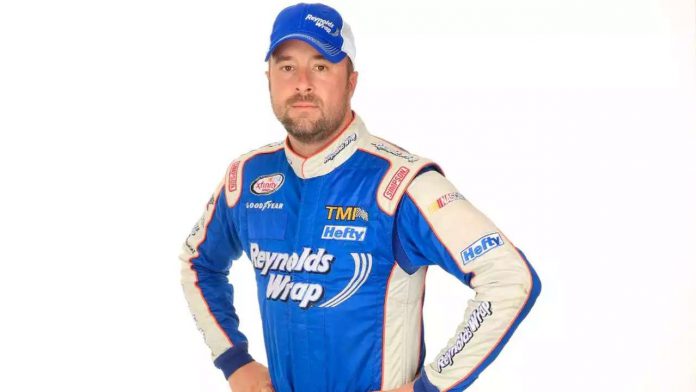 By
5:02 PM PDT, May 3, 2021
Chris Trotman/NASCAR via Getty Images
Eric McClure, 42-year-old former
NASCAR driver
, died on Sunday. His family announced the news, but no details were given on the cause of death, although McClure’s racing career was cut short by chronic health problems.
His family said in the statement:”The family of Eric Wayne McClure, former NASCAR driver, announces with great sorrow his passing on Sunday. They would like to thank everyone for their prayers and support during this very difficult time.”
NASCAR also released a statement on his death, saying,”We are saddened to learn of the passing of former driver and [team] owner Eric McClure. Nascar extends its deepest condolences to Eric’s family and friends.”
His fiancée, Keira Brinegar Tibbss wrote on social media,”Eric, I will love you until my last breath.

.. please wait for me until then. I love you more.”
McClure mainly raced in the Xfinity Series, last racing in 2016. In his 14-season career he made 288 starts.
McClure was diagnosed with acute renal failure in 2013 and had his career cut short due to health issues. He was treated for kidney failure in both kidneys in 2019 and had at least two concussions in his career, leaving him with long-term side effects.
In October, he faced a domestic violence charge against his wife Miranda and was ordered 12 months of probation. Miranda said he choked her in front of their kids. He also had to go through substance abuse counseling and a mental health assessment.
This article was originally published on CBSNews.com on May 2, 2021 at 5:52 p.m. ET.
RELATED CONTENT

Surveillance Is in Fashion for Clara Daguin