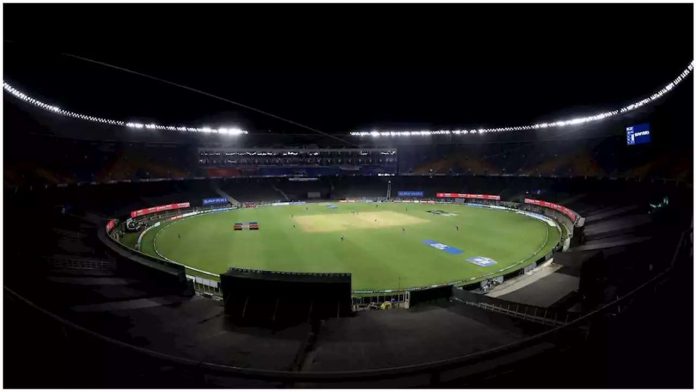 The high profile Indian Premier League has been indefinitely suspended after players and officials from several teams tested positive for COVID-19. The tournament is the world’s richest crick…

had bid $2.55 billion for tournament rights
through to 2022, in 2017.
The tournament was being played behind closed doors in empty stadia by players from India and around the world. It was broadcast on Star Sports and streamed on Disney Plus Hotstar.
“The Indian Premier League Governing Council and Board of Control for Cricket in India (BCCI) in an emergency meeting has unanimously decided to postpone IPL 2021 season, with immediate effect,” the bodies said in a statement on Tuesday.
“The BCCI does not want to compromise on the safety of the players, support staff and the other participants involved in organizing the IPL. This decision was taken keeping the safety, health and wellbeing of all the stakeholders in mind.”
“These are difficult times, especially in India and while we have tried to bring in some positivity and cheer, however, it is imperative that the tournament is now suspended and everyone goes back to their families and loved ones in these trying times.”
Over the last month, India has become the global epicenter of the virus. Everyone aged 18 and above in India is now eligible for vaccination, but the country is running short of vaccines.
According to official statistics, the country is racking up some 360,000 new cases daily with 3,500 deaths. The total number of active cases is now 3.4 million and the number of deaths has crossed 222,000, though this is likely to  be an understatement of the devastation.
Cinemas around the country remain closed and productions are at a standstill after India experienced several super-spreader events over the past few weeks including heavily-attended international cricket games prior to the IPL, the Kumbh Mela religious gathering, and election rallies in five states attended by hundreds of largely unmasked party faithful.
The entertainment world has been physically hit by the virus in recent weeks. Composer Shravan Rathod (“Aashiqui”) died after contracting the virus.

He had participated in the Kumbh Mela. Rajeev Masand, a  popular film critic and COO of Karan Johar’s talent company Dharma Cornerstone Agency, is currently hospitalized with the virus, and the the cream of Bollywood is praying for his return to health.
Meanwhile, leading Bollywood studio Yash Raj Films, through The Yash Chopra Foundation, has announced plans to pay for the vaccination of 30,000 film industry workers. The company has requested the government to release vaccines for purchase. The Producers Guild of India and Abundantia Entertainment earlier
revealed similar plans
.
As large parts of the country struggle for palliative supplies, Bollywood actor Sonu Sood has been waging a tireless Twitter campaign providing leads and succor to many.
Not everyone has been sympathetic to those suffering.
Actor and aspiring politician Kangana Ranaut fired off so many poisonous tweets that on Tuesday she was permanently banned from Twitter. She had lashed out at virus-sufferers in need of medical oxygen, attacked folks who challenged the Modi government’s track record, and appeared to call for the federal government to use force to overturn the recent state election in Bengal where Modi’s BJP was trounced.
“This is horrible… we need super gundai to kill gundai… she is like an unleashed monster, to tame her Modiji please show your Virat roop from early 2000’s …. #PresidentRulelnBengal,” Ranaut said in one message referring to election victor Mamata Banerjee.  In another, Ranaut aligned herself with trees rather than human virus-sufferers. “Everybody is building more and more oxygen plants, getting tons and tons of oxygen cylinders, how are we compensating for all the oxygen that we are forcefully drawing from the environment? It seems we learnt nothing from our mistakes and catastrophes they cause #PlantTrees.”
Kangana Ranaut via Twitter