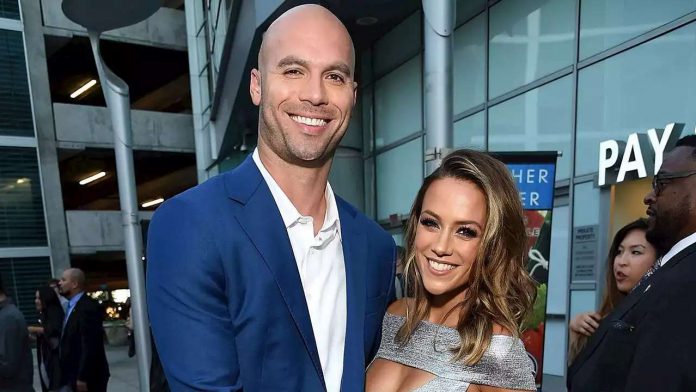 ‘I didn’t want to break up my family,’ the singer shares.

from her husband of six years, the 37-year-old
Country Crush
Whine Down
podcast. Kramer and Caussin share two kids together, daughter Jolie, 5, and son Jace, 2.
“I went to my therapist a few weeks ago like, ‘Fine, I’ll just live this life. It’s fine,” Kramer said.”I didn’t want to break up my family. My whole thing was, like, I didn’t want this for the kids. I stayed for my kids even when other things happened but my therapist was like, ‘You don’t want to live this life where it’s taking your light away.'”
“I didn’t want this at the end of the day. Where I’m at is — I’m embarrassed,” she continued.”I’m embarrassed that this is how it ended, and I also think that I’ve let people down. We’ve come on here and we’ve fought, and we fought for it. The words that were spoken, they were honest from me, is what I’ll say.”
Kramer admitted that splitting from Caussin”has not been easy.”
“When I grieve, I isolate. I don’t respond to my people and I just stay in my bed,” she shared. “I had a friend come over the other day and she’s just like, ‘You have to get out of bed…’ I don’t know how to sometimes… The morning and the night are the hardest because I wake up and it’s like that scene in
Sex and the City
where she’s like, ‘Was it a dream?'”
“It’s so hard when I have all these feelings and emotions and then I have to be a mom on top of it,” she added, getting emotional.

The first week I counted down to nap time ’cause I can go in my room and just shut the door and cry, just cry and then button it back up.”
Kramer went on to say that she is already dreading the idea of co-parenting.
“The first time they leave for overnight, I’m going to be destroyed. It’s not what I wanted. It’s not what I worked for,” she explained.”It’s not what I fought for. And it’s not fair, and that’s what makes me so angry, I worked too damn hard for it to end this way.”
Toward the end of the podcast, Kramer’s producer asked her if there was anything about filing for divorce that brought her relief.”It’s nice to not have to wonder and worry,” she replied, referencing Caussin’s alleged infidelity.
“[Mike and I] had a conversation before everything came to light and I was just like, ‘If there’s anything, I don’t want to find it,'” Kramer said.”‘Whatever it is, we can work through it.’ It was just such a connected moment. He swore on his sobriety there was nothing.”
As ET previously reported, Kramer filed for divorce from Caussin on April 20, accusing the former NFL star of”

A Short History of Simp’

5 Students on What’s Changed About Going Back to School

Brad Pitt Literally LOL’d at Rumors He Was Back Together With...