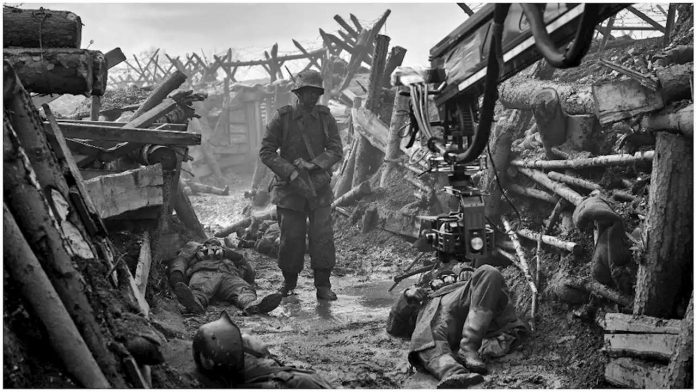 Variety
.
The cast includes Daniel Brühl, Devid Striesow and Andreas Döhler, and joining them are Felix Kammerer, Albrecht Schuch, Aaron Hilmer, Moritz Klaus and Edin Hasanovic.
The project is understood to be among the biggest-budget films to ever come out of Germany, with production set to begin in March. Former Washington Post journalist Ian Stokell and producer and actor Lesley Paterson penned the script.
The film is produced by Malte Grunert of Amusement Park on behalf of Netflix.
Berger said: “This German world bestseller is able to convey the inhuman terror of war perhaps more impressively than any other literary work. For me, creating its first German film adaptation is one of the most exciting challenges of all.”
“We are beyond proud that Edward Berger will bring this story with such a great cast to life again for Netflix,” added Sasha Bühler, director, international film, Netflix.

Remarque’s book was previously adapted by Lewis Milestone shortly after its publication, winning the 1930 Academy Award for best picture and best director. A Golden Globe-winning TV movie from Delbert Mann followed in 1979.
Ullstein Verlag published the pacifist text by Remarque, a war veteran known at the time as a respected journalist, at a time when a critical narrative against WWI was anything but welcome. Consequently, the literary text as well as the Oscar-winning 1930 film adaptation fell victim to Nazi censorship, forcing its creator into Swiss exile.
“All Quiet on the Western Front” is expected to be seen in the second half of 2022.
optional screen reader

Op-Ed Fashion Is Part of the Race Problem