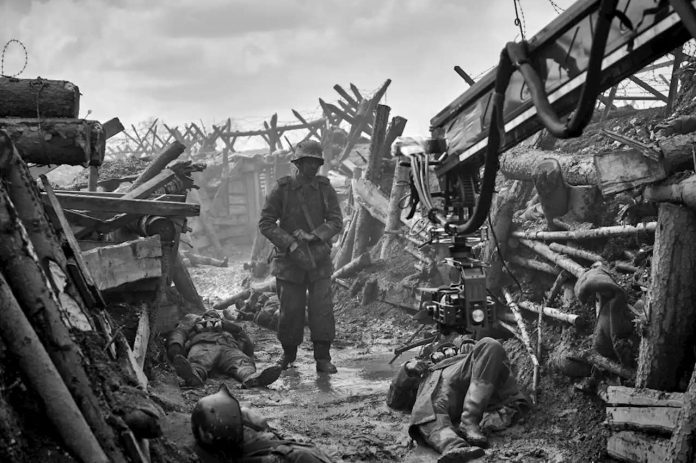 Filming is underway in Czech Republic, near Prague, on Netflix’s WWI feature All Quiet On The Western Front. Edward Berger (Patrick Melrose) is directing the German-language version of the cl…

Full of excitement and patriotic fervour, the boys enthusiastically march into a war they believe in. But once on the Western Front, they discover the soul-destroying horror of war. Their preconceptions about the enemy and the rights and wrongs of the conflict crumble. On the countdown to Armistice, the novel’s protagonist must carry on fighting until the end, with no purpose other than to satisfy the top brass’s desire to end the war on a German offensive.
The novel was famously adapted by Universal and Lewis Milestone in 1930 and went on to win Oscars for Best Picture and Best Director
Subscribe to
and keep your inbox happy.
Read More About:

Donald Trump Getting COVID-19 Is No Surprise

I Tried 5 Viral TikTok Beauty Hacks So You Don’t Have...

Victoria Beckham and daughter Harper show off their baking skills