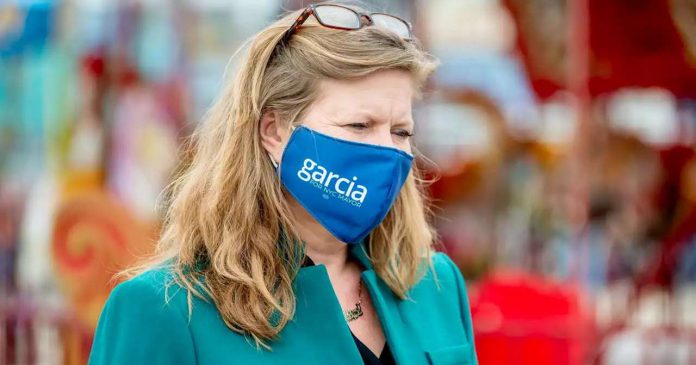 Photo: Getty Images Three days before the first official mayoral debate, the editorial boards at two of the city’s most-distributed daily papers have made their pick for mayor.
Early on Monday morning, the New York Post endorsed Brooklyn borough president Eric Adams, though the suspense was limited: It’s not exactly a surprise that the Murdoch-owned tabloid would favor the former Republican running in the Democratic primary. In the appraisal, the editorial board leaned into Adams’s more conservative policies, including the former cop’s staunch pro-police stance and his plan to cut the budget at every city agency by as much as five percent. “Will we continue to surrender our streets to homelessness, filth, crime and guns, to betray our children’s future, to push away residents, businesses and wealth?” the board wrote, in a suggestion that the other candidates could be waiving a white flag on these issues. (In a nod to the city’s first ranked choice election, the paper did add that they liked “much of what outsider Ray McGuire has proposed, and appreciate Andrew Yang’s enthusiasm. Kathryn Garcia did an excellent job at the Department of Sanitation.”)
Hours later, the New York Times agreed with that last superlative, endorsing former Sanitation commissioner Kathryn Garcia “in perhaps the most consequential mayoral contest in a generation.” In the co-sign, the board cited Garcia’s long record as a problem solver within the city bureaucracy, including her roles in restoring the city’s wastewater treatment systems during Superstorm Sandy when she was at the Department of Environmental Protection; modernizing snowplow and simplifying garbage routes at Sanitation; treating a lead-paint crisis at the New York City Housing Authority; and shifting trash pick-up to late-night hours during the pandemic to protect sanitation workers.
As the race has heated up, Adams has been frequently mentioned in media coverage and is among the top two candidates in the polls; thus, the Post endorsement may not mean as much to his campaign as the Times’ approval could for Garcia, who the paper admits has struggled to gain name recognition, and consistently polls in the single digits.

The Times endorsement also mentions Andrew Yang’s comments that he would hire her in his hypothetical administration based on her long record of public service. “If Andrew Yang thinks I need to run his government, then maybe I should just run the government,” Ms. Garcia told the board. “Agreed,” the Times wrote. “Cut out the middleman and elect the most qualified person: Kathryn Garcia.
Meanwhile, that middleman found himself in another controversy on Monday night due to his tendency to shoot from the hip while tweeting. Yang, who is expected to win the support of leaders from the city’s ultra-orthodox Jewish community, commented on the violence in Jerusalem this weekend, when Israeli police threw stun grenades inside the Al-Aqsa mosque, the third-holiest site in Islam. (The assault, in which over 200 were wounded, came in the wake of an effort to evict six Palestinian families living in East Jerusalem and Israeli forces reportedly shooting a 16-year-old Palestinian in the back and killing him in a raid in the West Bank.) Following the Al-Aqsa attack, militants in Gaza fired rockets into Jerusalem; though Israeli officials reported no casualties, as many as 20 were killed in Gaza on Monday after the IDF fired retaliatory airstrikes.
Yang said that he stands “with the people of Israel who are coming under bombardment attacks,” adding that “the people of NYC will always stand with our brothers and sisters in Israel who face down terrorism and persevere.” While Yang was praised by Stephen Miller and Ted Cruz for the comment, many progressive New Yorkers were quick to point out that he does not speak for all the people of NYC on this front.

Selena Gomez Debuts the Meaningful Matching Tattoo She Got With Julia...