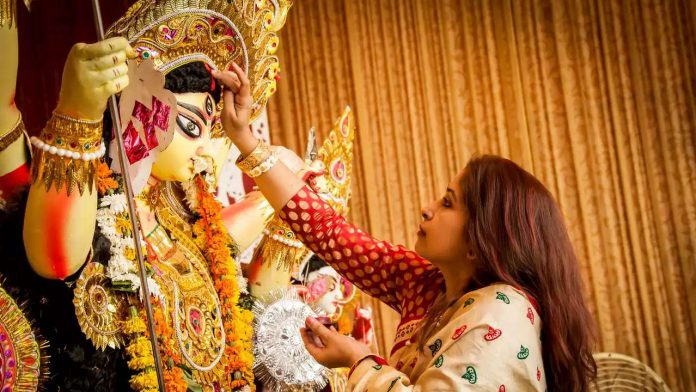 “It wasn’t only the pronunciation, but also what my namesake held between me, my family, and my culture means.”

Never Have I Ever
, some may never have known how to pronounce the name “Devi.” Many people who aren’t South Asian are not familiar with the pronunciation, or the Vice President Harris’s full name, but it immediately caught my attention. Between our vice president carrying the name Devi, and the popularity of Kaling’s show, I was excited and hopeful that people would start saying my name correctly:
Day-vee
.
It wasn’t only the pronunciation, but also what my namesake held between me, my family, and my culture means.
That’s why I was crushed when the familiar mispronunciation rang across the inaugural stage.
I too have had my name chronically
mispronounced
. When I was a teenager, I was never offended when someone initially mispronounced my name. I always gave the excuse: “Oh, it’s okay. It’s Indian. I respond to either way you say it.” To those who couldn’t quite hear me or refused to say my name correctly when I
did
correct them, I would joke and say, “It’s pronounced
Day-vee.

Like Davy Crockett!” In high school, I so desired to hear my name pronounced correctly that it fueled me to win running competitions. I wanted to win so that the announcer would have to make the effort to say my name correctly as I stood on the podium wearing my medal. But with each win came another mispronunciation. I dreamed of winning the State Championship in the 3200 meters. Perhaps then, I’d be deserving of a proper pronunciation. But when I returned to the medal stand as a Senior, my reward for falling short of my dream was another mangling of my name.
For me, it’s not just the pain of feeling like my name isn’t
for people unfamiliar with it. It’s also the disrespect of the power of my namesake.
In Hindu mythology Devi (or Mahadevi) is the

The Original ’90s Supermodels Are Getting Their Own Docu Series