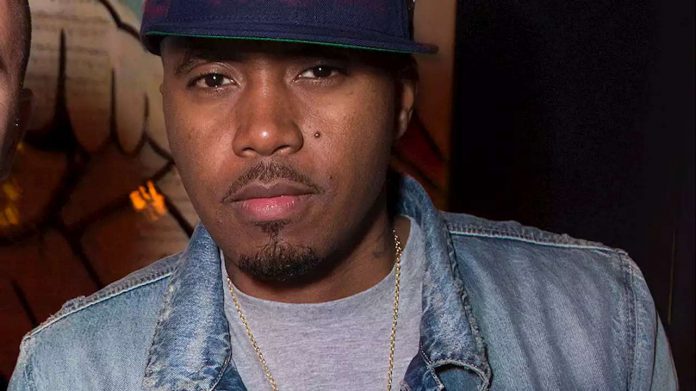 Hip-hop has grown from a party in a South Bronx basement to a global soundtrack over its 47-year run. And as it approaches the 50-year mark, some of the genre’s originators have made it their…

series “Wu-Tang Clan: Of Mics and Men.” Returning to the cable network, “Hip Hop 50” highlights the genre’s dense history through the lens of different participants and delves into the sub-cultures birthed from its rise.
As Nas tells
Variety:
“There are so many more stories. I’m opening up with this, but ‘Hip Hop 50’ is a multi-tier initiative, created by Mass Appeal [in partnership with CBS Viacom], and we built this platform to ensure the anniversary of hip-hop is celebrated in a real iconic way, and that everybody should be involved with this. This is something that’s coming up that we don’t want to just pass by like it’s small. This is the biggest birthday in the world. You’re going to see the stories from every element of hip-hop, whether it’s the street stories, whether it’s the MCing. Whatever it is, we want to celebrate and push this birthday party to the max.”
Jenkins pinpoints 1973 as the birth of hip-hop and connects it to the sound system culture of Jamaican streets that DJ Kool Herc “pushed forward in his community.” “’73 marks the party that Kool Herc threw for his sister in the basement of a building in the Bronx.” Then, came the lightning rod. “‘77 definitely put a battery in some people’s backs who didn’t have the equipment,” adds Jenkins. “Still, a little before people were out in the parks, proto-hip-hop was happening as early as ‘73, and that’s what is going to commemorate this 50th anniversary in 2023.”
South Bronx Park Jam, 1984.
Henry Chalfant
The “Hip Hop 50” franchise will feature documentaries focuses on different chapters in the hip-hop story, though not necessarily the typical narrative: “Untitled Ralph McDaniels Documentary,” chronicles the iconic New York-based TV show, “Video Music Box.” Discussing the importance of the television trailblazer, Jenkins says it’s one of his favorites. “This is where many of us got our hip-hop fix and learned about many artists,” he explains. “People called Ralph McDaniels ‘Uncle Ralph’ because he was like a family member, and he exposed us to so much culture for those of us who couldn’t afford MTV.” David Shadi Perez, who has previously directed projects about the Beastie Boys, Cypress Hill and more, helmed the doc.
“Hits From the Bong,” directed by street culture authority Estevan Oriol, looks at West Coast rap group and marijuana advocates Cypress Hill from inception to present-day; Street art filmmaker Roger Gastman directs “Rolling Like Thunder,” a deep dive into the graffiti subculture that flourished in New York’s five boroughs; while experienced documentarian Joshe Swade tells the story of the famous hip-hop photographer Ricky Powell in “Ricky Powell: The Individualist.”
In “Push It,” “Hip Hop 50” focuses on the women of hip-hop.

Says Jenkins: “Women were there from day one, and as we know, women are marginalized in our society. In hip-hop, in some regards, they haven’t always had their fair shake as well. To have the opportunity to have women tell their own stories about their trials and successes, we feel is very important. It’s not about men saying, ‘This is what the hip-hop experience was’ for women. It’s about women having the opportunity to tell their stories and speak their minds and truths.”
Also planned are podcasts and unscripted shows.
Mass Appeal began as a fanzine covering the intersection of music and pop culture in 1996. It has since expanded to add film, TV, and management branches plus a record label that launched in 2014. Mass Appeal is partnered with Universal Music Group since 2018. The company’s relaunch gained in volume thanks in no small part to Nas, who released his sixth studio album, “Nasir,” under the Mass Appeal Label, and gave the music division a Grammy win for “King’s Disease” earlier this year.
Nas has stepped behind the camera before and believes that it’s pivotal in maintaining the authenticity of a story you’re trying to tell. “That was the story behind my ‘Hip Hop is Dead’ album,” he says. “There wasn’t enough of us [artists] in control. We weren’t owning the culture the way we were supposed to. … We have to protect our art. Anything that I’m involved with, I take it seriously, and that’s how I approach directing.”
Nas, Jenkins, and Mass Appeal have also made it a point to enlist younger directors for “Hip Hop 50” to tell the story from multiple points of view, not just from the perspectives of the elder statesman. “Without the new eyes and new ways to visualize the culture, then it’s not going to be complete,” adds Nas. “It has to be everyone that loves the culture, that can tell the story, that can really show through their work where we’re headed and why we’re headed there. The new voices are the new stories, and you have to have the beginning and the ‘now.’”
Jenkins hopes that one of the biggest takeaways from “Hip Hop 50” as a whole is to understand, “[That] our voice is everywhere. We see what’s happening in society today — whether it’s voter suppression, police brutality, all kinds of inequities that we face — [and] we’re still able to have a voice that’s powerful. When we look at the breadth of what ‘Hip Hop 50’ is, you see that our influence to fashion, to language, to sound, visuals. Our influence is global, and it has affected generations, and it’s the dominant voice right now.”
“Hip Hop 50” programming begins later this year and runs through 2023. Watch the first teaser trailer below.
optional screen reader

Never Take a Romantic Vacation for Your Second Date