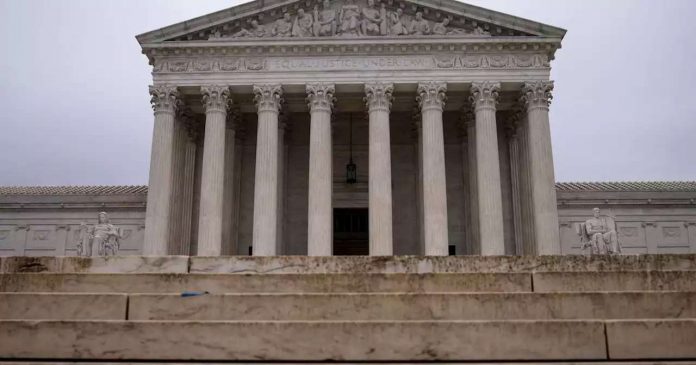 Chief Justice Roberts is thought to favor an incremental-change model. This is far from that.

Photo: Getty Images With six conservative justices now sitting on the Supreme Court, the moment the anti-abortion movement has been waiting for may finally have arrived. I spoke with senior correspondent Irin Carmon about the case that could transform reproductive rights in America.
Ben: Last week, the Supreme Court agreed to hear arguments over Mississippi’s law banning most abortions after 15 weeks, a case that probably presents the most serious challenge to Roe v. Wade since 1992. What is your current level of worry about how things will play out next year, when the now-conservative-dominated court actually takes this up?
Irin: I would call this catastrophic for abortion rights. Not even the 5th circuit, arguably the most conservative appeals court in the country, thought it was worth upholding this ban, because it so egregiously flouts almost a half-century of precedent. There’s no circuit split — the dissent among lower courts that usually obliges the Supreme Court to step in. The court has had many chances to change its rule as to whether states can ban abortion before viability and never has. This suggests at least four justices (which is how many it takes to take up a case) think now is the time.
Ben: There has already been a lot of Supreme Court Kremlinology around the Mississippi case. Over the last several months, it first dropped off the list of matters for justices to discuss at their weekly conference — then was repeatedly rescheduled. This is not typical, and led to speculation that there was a behind-the-scenes battle among the justices over whether to take up such a clear challenge to bedrock abortion rights. In your view, what, if anything, does all the mystery indicate about the case’s prospects going forward?
Irin: I wish I knew. In the old days, before Trump got three justices on the court, that kind of a delay on an abortion case usually meant that the court was going to punt and Clarence Thomas was going to write a pissy dissent. That obviously isn’t happening.
There may have been a debate among the conservatives about whether this was the right vehicle to (eventually) end legal abortion in vast swathes of the country. Say there were four who voted to take up this case. (There could have been more; they don’t have to tell us.) If they lose two of their fellow GOP appointees, they risk strengthening abortion rights again, which is what happened in 1992 with Planned Parenthood v. Casey. This was maybe likelier when only John Roberts was the institutionalist middle. But two defections? We’ll see.
Ben: Right. Roberts’s rap has always been that of an incrementalist, someone who would be okay with chipping away at abortion rights, but not with going all the way — at least not in one fell swoop. And he disappointed conservatives last year when he sided with the court’s liberals in blocking a restrictive Louisiana abortion law. There has been speculation that Brett Kavanaugh, after his tumultuous confirmation battle, might not want to make such an indelible mark so quickly, either. But at some point, you’d think justices for whom opposition to abortion is such a core part of their identity would have to take the plunge, right?
Irin: I think Roberts has been incrementalist on some issues out of a belief that as Chief Justice, he’s the steward of the Court’s legitimacy — and, probably, he doesn’t want to cause a backlash that will elect more Democrats and make him lonelier on the bench.

(He wasn’t so reticent on the Voting Rights Act.) When he blocked the Louisiana law last summer, he made it clear it was only because it would make the court look illegitimate if it overruled itself so soon after striking down a similar law in Texas, not because he thinks the court’s abortion precedents are worth a damn.
So far on abortion, Brett Kavanaugh’s strategy has been to write as if he’s seeking a reasonable middle ground while voting for the most extreme anti-abortion outcome. That might be easier to pull off when it’s arcane clinic regulations, but it’s harder to keep up that ruse when it’s an outright ban on abortions. And we don’t know that much about Gorsuch. He voted against the clinics. But there was less at stake there. Either he or Kavanaugh (or both) would need to join the anti-Roe Alito, Thomas, and Barrett.
One thing that could factor in here is that the decision is expected to come down in summer 2022. Justices are purportedly apolitical, but they, too, know there are midterms that fall. Which could cut either way.
Ben: So Roberts’s desired outcome might be a middle ground on this case. But does one exist? As in, could the court find a way to impose some new restrictions on abortion while not completely doing away with Roe v. Wade? Or is this a strictly all-or-nothing affair?
Irin: We use Roe as a shorthand, but the law we have now is that of Casey (the 1992 case I mentioned), which says states can’t ban abortion before viability, but they can put roadblocks in patients’ way to try to dissuade them. Once the court says a pre-viability ban is allowed — which is what it would be saying if it upheld the Mississippi law — why not a six-week ban, before most people know they’re pregnant?
In that scenario, blue states could still have their own abortion laws. But most of the states that would jump at the court’s green light are contiguous, so again, huge parts of the South and Midwest would be abortion deserts. Could they try to split the difference? They do find ways to surprise us, but nothing comes to mind right this minute.
Ben: I know we’re getting speculative here, but if abortion rights somehow emerge unscathed from this, would that be a sign that Roe/Casey are safe for a while? Or would you expect that, as long as there’s a 6-3 conservative majority on the court, we’ll get a case like this one every year?
Irin: I honestly thought they wouldn’t do it this fast. Like I said, the court has so far avoided these kinds of frontal assaults on abortion rights. But the moment Trump won (having promised to appoint justices who would overturn Roe, more explicitly than anyone else), state legislatures started lobbing these laws in the court’s direction. Don’t forget that Lindsey Graham outright said that Amy Coney Barrett was making history by being the first “unashamedly pro-life” woman on the court. The bill from the anti-choice movement may finally be coming due.

Celine Dion Got a Dramatic Lob Haircut and It Looks So...