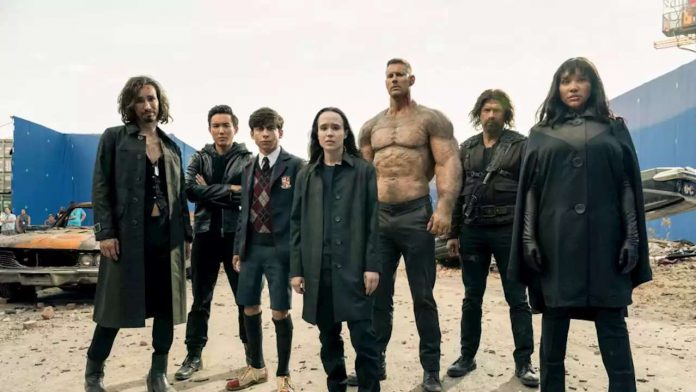 Netflix has unveiled the titles of all 10 episodes to come in The Umbrella Academy’s third season. The episode titles, in show order, are “Meet the Family,” “World’s Biggest Ball of Twine,” “…

The Umbrella Academy
‘s third season.
The episode titles, in show order, are “Meet the Family,” “World’s Biggest Ball of Twine,” “Pocket Full of Lightning,” “Kugelblitz,” “Kindest Cut,” “Marigold,” “Auf Wiedersehen,” “Wedding at the End of the World,” “Six Bells,” and “Oblivion.”
The titles were rolled out on Twitter today to celebrate the launch of Geeked Week, the streamer’s fan-facing event taking place through June 11, which serves to celebrate all things geeky in film and TV.
Based on the comic book series of the same name written by Gerard Way,
The Umbrella Academy
centers on a family of adopted siblings superheroes who reunite to continue protecting the world, after at one point growing apart.