Home Woman Pride 2021 The LGBTQ Entertainers of the Year 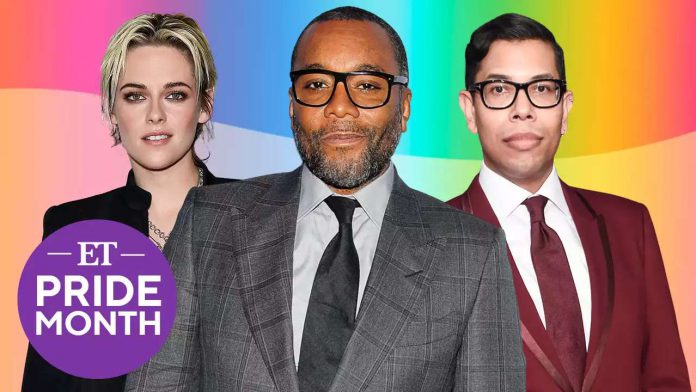 In celebration of Pride Month, ET is once again recognizing those who had an impact in the entertainment industry.

Pose
Getty Images
Steven Canals received his MFA in screenwriting from UCLA in 2015, and just six years later, he’s wrapped the
of
Pose
, the Emmy-winning and history-making series about Black and brown gay men and transgender women of New York City’s underground ballroom scene. The co-creator (as well as writer and director), who signed an overall deal with 20th Century Fox TV last year, initially struggled to get the series off the ground, often being told the story was too niche for audiences. But now, after
Pose
has emptied audiences’ tissue boxes and earned its star, Billy Porter, an Emmy for his performance as emcee Pray Tell, there’s no doubting that it has changed “television for the better.

While reflecting on the show’s legacy during the season 3 premiere,
how
Pose
has inspired content creators to be more “intentional about the stories that they tell,” by casting authentically, especially when it comes to trans roles. “Those are things that we weren’t talking about even five years ago.”
— J.D.

Hear Opeth’s Proggy New Single in Both Swedish and English

11 Watch Brands That Will Turn You Into a Serious Collector