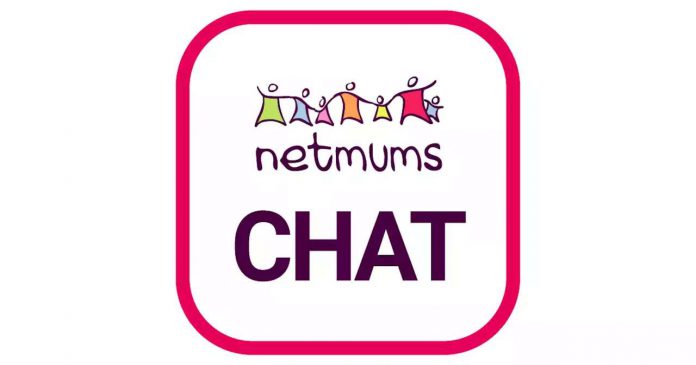 Hi there, Just wanting a bit of advice after an incident. TL;DR School and bus company didn’t fulfill their promised responsibilities, DD goes missing, police called. DD turns up safe because of her sensible choices alone. Waiting for a reply from the school after calling them negligent. What is everyones

10/06/2021 at 7:01 pm
Hi again,
Thank you to everyone who has replied, every reply is appreciated. To answer some questions and add more information:
DD knows the main parts of our town (it’s very small, not much bigger than a village, schools town is a little bigger but not much) and how to get to and from them from our house. We never spend any time in the schools town because there is nothing for us there except the swimming pool which DD goes to from time to time by car and it’s next to the secondary school.
There is no information about any of the bus routes or other stops. All we know is where she is to be picked up and dropped off for this 3 week induction period (info given to us 3 days before she started school). She knows the route to and from her stop very well. We are picking her up for the first short while before she starts walking alone. Our only concern about the walk is that next to our street, there is a very busy road that is sketchy at the best of times. It’s on a hill with a stream of parked cars (they are always there) that make it difficult for someone, especially someone as short as an 11 year old, to see oncoming traffic. The part of the road is a corner that traffic tends to come round a bit fast. She has crossed this road with us enough times, but never on her own. It was annoying enough when she was younger and my DS was in a pram. It may be a tiny town, but this road is the one everyone uses to pass through, in addition to more local traffic, and is particularly busy around 8-10am and 3-5pm. During these times, long lines of traffic have to give way to long lines of traffic coming up or down the hill. On the way home, she will need to stand in the road behind a parked car to see clearly if traffic is coming unless it’s a lorry, bus or tall vehicle that can be seen despite decline and parked cars. on the way to the stop, she is less visible to oncoming traffic coming round the corner and cars often surprise you as you cross while they come round the bend. There is no way of getting to her stop, or the shops or our town, without crossing this road. I’m sure she can handle it, I just worry.
All of her friends live in the countryside so we drive her there to spend time with them. If she were to use public transport, she would have to get off on the main road that’s 60mph and walk a few miles on country lanes to the nearest friend. Some may be fine with this but we are not. We haven’t used public transport since she was 3 y/o. I’ve talked to her a couple of times about buses, how to get a ticket etc. But this was some time ago and I’m not sure how much info she has remembered. There is just no need for her/us to use it. This will change as she makes her own way to see friends now that she’s getting older and some of her new friends live in the towns. The rest live in more remote areas.
There are two other families in our street (we don’t really know them) with teens and their bus stop is different and can get to it on a safer route. I roughly know where these stops are but am not certain, again there is no information regarding these stops. I’m purely spectating based on where I’ve seen the kids wait if I’m driving past at the right time. DD’s bus stop is for all in her town in her year. I’m not sure why. I’m hoping that after summer, she can use the other stops that are easier to get to.
Regarding mobile phones, I will never fully agree that children should have mobile phones but the world is changing and the only decent reason, imo, is for safety. She was to get a phone for her 12th birthday, which is during the summer holidays, in time for starting school properly. But the school decided to try a ‘unique progression experience’ this year so things were different to what everyone was expecting.

Had we known it was going to be like ordinary school instead of the 1-3 day visit like it has been for decades, we would have considered giving her a phone earlier. She is using a phone now. In the information later, there is nowhere that states it will be full time school we had no idea if it was for one day, two days, a week or what. I wanted to clarify the where’s and when’s and tried repeatedly to contact the school via emails and phone calls (which were never returned) and asked the primary, who had no idea, until a few days before when one of my emails was answered. I know they’re busy but I felt we could have been informed better. We always knew she would need a phone for when she starts going out on her own and we don’t object to it. I feel we had little information which left us unprepared. Initially, the head teacher of the primary school told us after DD had visited the school, she wont be allowed back to primary after mixing with other kids due to covid. So the primary head also had no idea that DD will be attending full time. I didn’t know if she was to even bring a school bag with her own pens, pencils etc because her primary had a no bag, no pencil case policy due to covid. They are only allowed to bring a packed lunch, snack and a drink. Nothing else. So I had to check with the secondary if they had the same policy or not.
Not sure if I’ve mentioned this or not, but the buses only have towns displayed and not numbers, even if there are multiple buses going to the same town and even if the routes vary, which they do. I don’t know why this is. She did check the front of the buses for towns, then double checked with the driver but she assumed it would include her stop. She had no idea the bus she was on had a different route for her town. The driver did not check her transport letter, which he was supposed to do according to the school. If he had, he would have known this was the wrong bus.
Going by the replies here, it suggests we were naive to expect that the bus plan put in place by the school and in writing to parents, would be a guarantee. I can understand but honestly it never once occurred to us that they wouldn’t follow through with the outlined plan. She was told only to get on and off the bus at a specific stop. The surrounding towns and villages are tiny with hardly anything in them (some don’t have any shops or anything). So when we go out to do things, we spend our time in the cities that are at least 50 odd miles in either direction of us. Her activities/hobbies are between 45 mins-an hour away from home as what little there is on offer in our area is not of any interest to her.
This situation would have happened whether she had a phone or not because the school did not fulfill their responsibility that they said they would in writing. If she had a phone, we could have reached her. This is absolutely true but why would she need one if there was no need, based on the assurances of the school and the information they had given us? If she didn’t check with kids and the bus driver or the fronts of the buses, she could have ended up in a town/village where she would have had to knock on a strangers door for help. She only had to ask other kids because she was never shown how to even get to the buses. Again, the school said in writing that all bus pupils in her year will be escorted to their buses. Until now, we had no reason to believe this would not happen.
Perhaps she does lead a more sheltered life in comparison to some children. This could be because of our circumstances. I hope I’ve answered any questions anyone had.
0 like

Why the Next Big Gardening Trend Is Taking a Cue from...

The Most Practical Outdoor Dining Outfit Is a Snuggie