Home Woman The Title Sequence for the ‘iCarly’ Reboot Is Giving Us Some Serious... 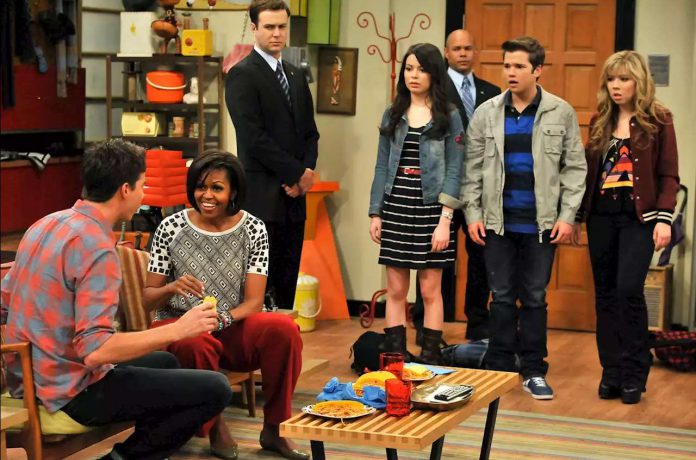 Paramount+ shared a sneak peek on Wednesday (June 9) of the title sequence from its upcoming reboot of the popular Nickelodeon series, iCarly.

Click to copy
Lisa Rose/Getty Images via Viacom International
First Lady, Michelle Obama (2L) speaks to Jerry Trainor whilst she makes a special appearance on Nickelodeon’s hit series”iCarly” at Nick On Sunset studio on June 13, 2011 in Hollywood, California. Mrs. Obama appeared on the show to bring awareness to Joining Forces, an initiative that supports and honors U.S. military families.
If you purchase an independently reviewed product or service through a link on our website, we may receive an affiliate commission.
Wake up the members of my nation!
iCarly

Jacob Elordi Admits That He Has Not Seen ‘The Kissing Booth...