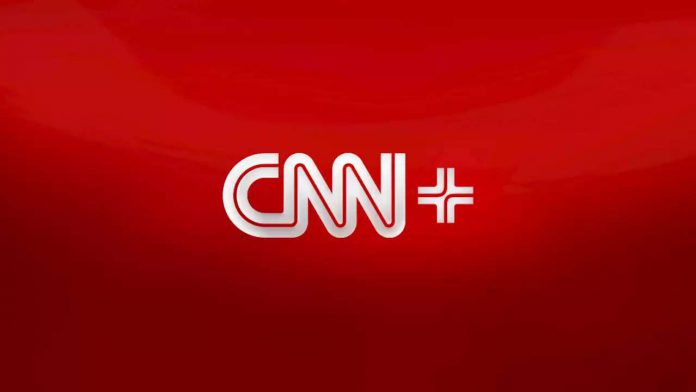 CNN disclosed the first details of its long-awaited new subscription streaming service Monday, which will launch in the first quarter of 2022 with 8-12 hours of original live content each day. CNN …

disclosed the first details of its long-awaited new subscription streaming service Monday, which will launch in the first quarter of 2022 with 8-12 hours of original live content each day.
CNN Worldwide president Jeff Zucker shared some basic information about
CNN Plus
with his employees in an internal meeting Monday. A network representative confirmed the disclosure in a press release that characterized CNN Plus as a venture “that complements the core CNN linear networks and digital platforms to serve CNN superfans, news junkies and fans of quality non-fiction programming.”
The network didn’t provide any specific programming information but Monday’s release made clear it would involve contributions from existing CNN talent as well as entries from the network’s catalog of series and documentaries including past seasons of “Anthony Bourdain: Parts Unknown” and “Stanley Tucci: Searching for Italy.”
But while the initial details were scant, CNN Worldwide chief digital officer
provided additional information about CNN+ in an exclusive interview with the
Variety
Strictly Business
,” in which he opened up about how important the new venture is to the company.
“I think that this is the single biggest launch that CNN has had since Ted Turner launched the network in June of 1980,” said Morse, who will add oversight of CNN Plus to his responsibilities. “The stakes are that high for us.”
Morse revealed that CNN is looking to hire 450 people in the next 6-9 months to support CNN Plus, which he also said would be looking to experiment in programming formats that blur the line between news and entertainment.
In addition, he made clear there would be no political slant to CNN Plus content. “No, it’s not going to be ideological,” said Morse. “We’re just not in that game. We’re not an opinion network, we’re a news network.”
Morse said CNN is still determining how much CNN Plus will cost consumers and made clear the streaming service will not have any kind of ad-supported component at launch. The early 2022 launch will also be restricted to the U.S., though CNN will be looking to expand the distribution footprint worldwide for CNN Plus in the months after launch.
He also nixed the notion that CNN Plus would be bundled or integrated in any way at launch with HBO Max, the streaming service that has been parent company AT&T’s top priority. As for how the strategic course for CNN Plus could change once the merger of WarnerMedia and Discovery is completed next year, Morse would not address that, citing pending approval of the deal.
However, sources familiar with the new streaming service indicated there’s a strong probability that CNN Plus would be bundled in some fashion with HBO Max and Discovery+ after the merger is finalized.

At launch, CNN Plus will not be a separate app; subscribers will access the streaming service within the existing CNN-branded app.
Despite the fact the network and the streaming service would share much of the same talent, Morse emphasized that CNN Plus would be clearly differentiated from CNN in many respects to avoid cannibalizing the audience for the network, which has seen its ratings decline this year after a record 2020, as all news networks have in the post-Trump era. But he also stopped short of confirming that CNN has gotten any blessing for CNN Plus from any of the network’s pay-TV partners.
“We’re going to have the right conversations at the right time with all of our partners to ensure that the relationships that we have remain as strong as they’ve ever been,” said Morse.
Morse declined to specify how much money CNN is spending to launch CNN Plus but made clear the streaming service represents a “big swing” for the company. “This is a very substantial bet for us,” he said. “So the investment that the company is making will be commensurate to the size of our ambition.”
While Morse oversees all aspects of CNN Plus along with a roster of veteran lieutenants who will add the streaming service to their portfolio, he has brought in Alex MacCallum from The New York Times as the venture’s general manager. They have a busy year ahead of them on the hiring front, where they will add hundreds of positions in production, engineering, technology, marketing and analytics.
In keeping with the mandate to differentiate CNN Plus from the company’s linear channels, there will be a push to move beyond the traditional norms of TV news, which the network has already done successfully on its air with personality-driven fare featuring the likes of Bourdain and Tucci. Asked if CNN Plus could venture as far as something like a satirical program poking fun at the news a la Comedy Central’s “The Daily Show,” or a game show, Morse replied, “There’s a host of really high quality original non-fiction storytelling that can be really entertaining, as well as some of the provocative notions that you just referenced. I think we’re going to have to try things. We can’t be afraid to take some chances on this platform.”
CNN Plus will tap into its TV-network sibling’s roster of anchors to take on new programming exclusive to the streaming service, but Morse made clear viewers should be prepared to see familiar faces in a different light. In addition, CNN Plus will showcase new faces, though the network declined to confirm

A AP Rocky’s Congressman Welcomes Trump’s Help in Freeing Him From...