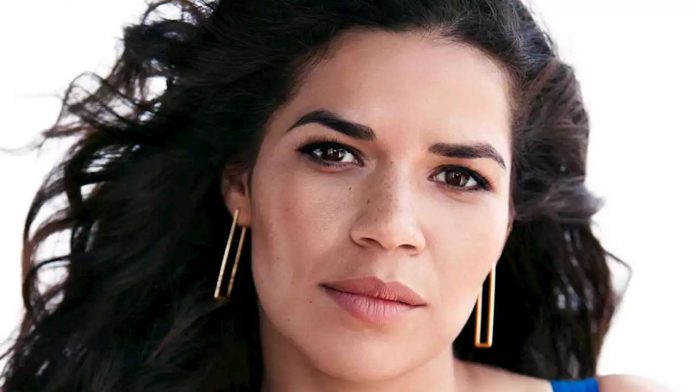 Apple’s limited series about the rise and fall of WeWork has added America Ferrera to its cast. The Emmy winner will star opposite Jared Leto and Anne Hathaway in WeCrashed. Based on the Wond…

The Emmy winner will star opposite Jared Leto and Anne Hathaway in
WeCrashed
. Based on the Wondery podcast of the same name, the eight-episode drama will track the “greed-filled rise and inevitable fall of WeWork, one of the world’s most valuable startups, and the narcissists whose chaotic love made it all possible,” per the show’s logline.
Ferrera (
Superstore, Ugly Betty
) will play Elishia Kennedy, a brilliant young entrepreneur who’s seduced into joining WeWork and whose life is turned upside down as a result. Leto and Hathaway are playing WeWork founders Adam and Rebekah Neumann. Kyle Marvin also stars as WeWork co-founder and “chief culture officer” Miguel McKelvey.
Little America
co-creator Lee Eisenberg, who has an overall deal with Apple, and Drew Crevello, created
WeCrashed
and will serve as showrunners.

John Requa and Glenn Ficarra (
This Is Us
) will direct. All four will executive produce, as will Charlie Gogolak, Natalie Sandy, Leto and his producing partner Emma Ludbrook and Hathaway. Wondery also executive produces.
The role in
will be Ferrera’s first since wrapping NBC’s
Superstore
— which she departed after season five in 2020 but returned to for its series finale earlier this year. She’s also an executive producer of and has guest-starred on Netflix’s
Gentefied
. Ferrera is repped by CAA, B. Company and Peikoff Mahan.
Read More About:

There Are So Many Cute Summer Booties on Sale Right Now...