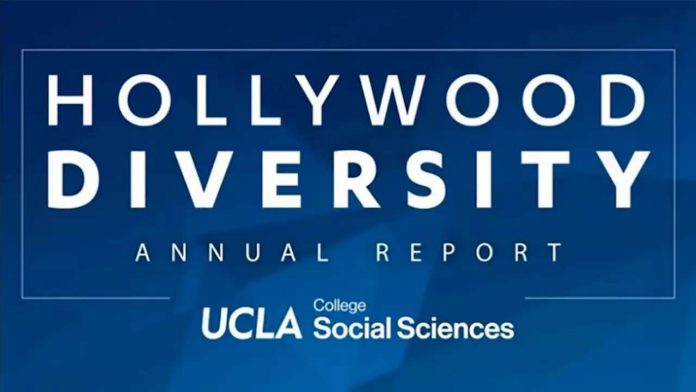 UCLA’s Hollywood Diversity Report has been awarded funding from the 2021-2022 California state budget for the first time. The total of $250,000 will support the industry’s only longitud…

UCLA’s Hollywood Diversity Report
has been awarded funding from the 2021-2022 California state budget for the first time. The total of $250,000 will support the industry’s only longitudinal analysis that connects the relationship between the diversity of key jobs in Hollywood productions with the spending power and appetites of increasingly diverse U.S. audiences.
“Films directed by women and minorities are chronically underfunded,” Ana-Christina Ramón, director of research and civic engagement for the UCLA division of social sciences and co-author of the annual report, told Deadline. “And audiences are smart, they can tell when a project is well-funded. We believe that investing in the creative vision of women and people of color will deliver content that audiences crave and at the same time have a positive impact on the diversity of jobs both above the line and below the line for those productions.”
Related Story
California Boosts Film & TV Tax Credits To $660M As Governor Newsom Signs Temporary Increase Into Law
The funding is part of a larger investment from the state into the Hollywood ecosystem, thanks in part to the support of local Assemblywoman Wendy Carrillo (AD 51-Los Angeles) and the Latino Film Institute. Carrillo celebrated a second win Wednesday when Gov.

Gavin Newsom
signed SB 144 — co-authored by Carrillo, state Sen. Anthony Portantino and Assemblywoman Autumn Burke (AD 62 – Inglewood — which will inject an additional $330 million to expand the state’s Film and Television Tax Credit Program that helps retain and retain and attract production jobs and economic activity across California.
Watch on Deadline
With SB 144, California is now offering a whopping $660 million for TV and film productions over the next two years, with $150 million of the new funding intended to aid in the building or revamping of much-needed soundstages in and around Los Angeles County.
The funding for the UCLA report was separate from SB 144 but part of the bigger picture.
“Numbers don’t lie,” Carrillo said. “The Hollywood Diversity Report holds the data needed to effect change for both below and above-the-line workers, which is why it was critical to leverage our state’s budget to support it. As efforts to expand production and bring back these jobs to the state via California’s Television and Film Tax Credit continue, those efforts should be reflective of the diversity of our state.”
Subscribe to
and keep your inbox happy.
Read More About:

Genetics to Blame for Procrastination?