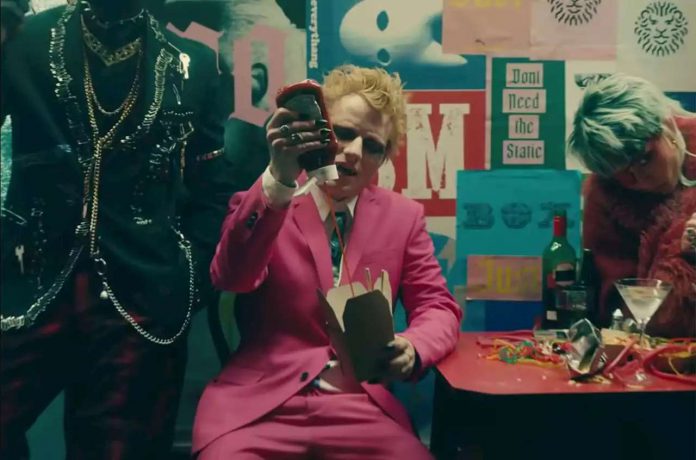 Ed Sheeran said he nearly quit music after his daughter was born, but then had a change of heart. See what he said.

was in when his daughter was born. The singer was coming off the massively successful tour in support of his 2017
Divide
album, which ran 260 shows and set world records for tour grosses with more than $776 million in receipts. With that kind of success, Sheeran told
SiriusXM Hits 1
in a recent interview that he considered calling it a day and just being a stay-at-home dad.
But once Sheeran and wife Cherry Seaborn welcomed daughter Lyra in September 2020 and they had some time at home with her, he very quickly had second thoughts. He remembered standing on the stage in Ipswich on the last night of the tour in late August 2019 and thinking,”I’m 28 and, like, I don’t know what to do now. I’ve kind of, like, chased and chased and chased and chased and got to this thing and then in my year off I was kind of searching for, like, who I was.”
He stopped playing music for a bit, and despite realizing that music is”entirely” who he is as a person, when Lyra was born he said he realized,”Right, that’s it .

. this is me I’m just gonna be a dad. I’m not gonna play music anymore.” As you might imagine, this change of heart made him”really sad” because, other than putting time and effort into being a dad, he felt like he had no purpose.
Artist Mentioned
Ed Sheeran Shares Behind-The-Scenes Video of ‘Bad Habits’ Sessions
And then, an epiphany. “Then I was suddenly like, it is more important for my daughter to grow up knowing that her parents have work ethic and her parents love working hard and and love creating and enjoy their jobs,” he said.”And seeing that rather than like looking at your dad as technically unemployed.”
Luckily for Sheerios, Ed pulled out of his”directionless” period and got to work on music again, which will result in his upcoming as-yet-untitled fourth solo studio album, which he’s previewed with the single”Bad Habits.
Check out the Sheeran interview below.
By