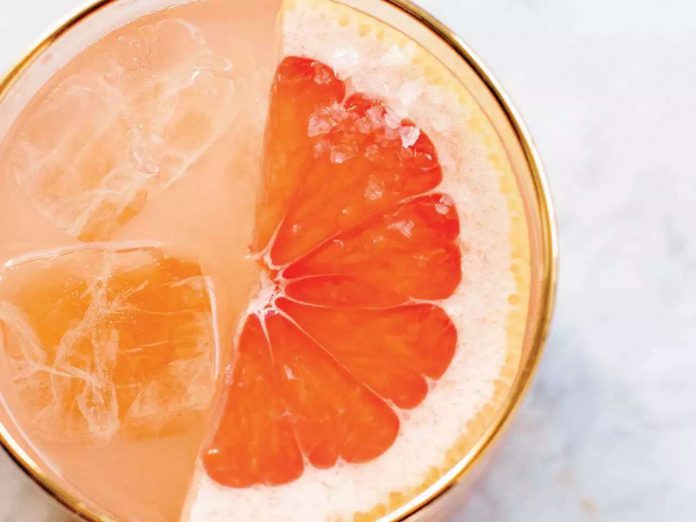 Grapefruit, honey, and lime juice, plus just a touch of hot sauce, combine with pisco to make a refreshingly bright and floral cocktail. No pisco? This super-flexible recipe works well with vodka or blanco tequila, too.

writing about drinks
on Serious Eats for a long while now, and they come to the conclusion that I can whip up a cocktail without any preparation. It wouldn’t be that daunting a request, except that the requester will frequently offer a liquor cabinet stocked with nothing but tequila, vodka, and the dregs of a jar of maraschino cherries.
I aim to please, though. And luckily, I recently wrote a book called
The One-Bottle Cocktail
, which contains dozens of drink recipes using a single spirit—that tequila or that vodka—mixed with ingredients from your pantry, plus fresh ones you can pick up when you’re stopping at the market for dinner supplies. For the cocktails in this book, you don’t need bitters, or a fresh bottle of vermouth.
When I got the request at a dinner party this past winter, I said yes before I’d even looked around. After surveying the cabinet, I dutifully scrounged around my host’s fridge, scoring some grapefruits and hot sauce. I had a drink in mind: a version of the Passport to Chile, one of my favorite recipes from the book. Created by Matt Friedlander of New York’s Sweetwater Social, the drink aims to highlight the floral character of pisco, a grape brandy made in Peru and Chile. Grapefruit and honey help the pisco’s flavors shine, and lime adds further brightness. A small amount of hot sauce perks the whole thing up a bit, and a sprinkle of flaky salt deepens the flavor.

Here’s the lucky part. While I was gathering recipes for the book, many of the bartenders sharing drinks added a note that said something like”This is a bourbon drink, but it also works with rum” or”Here’s a gin cocktail, but I like it with tequila, too.” That’s because at some level, each of these recipes pairs a single spirit with a fresh cocktail mix—grapefruit and lime and hot sauce and honey, say—that’s remarkably flexible. So once I’d made all the drinks and picked my favorites for the book, I went back and made them all again with a few different spirits, then made a list of the liquor swaps that worked best (provided at the end of each chapter).
At the dinner party in question, if I had been the
most
gracious guest, I might have gone out to find a bottle of pisco for my host. Since I’m not quite that gracious, and it was really, really cold out, I was glad for this swap list as I prepped the pitcher. The Passport to Chile works wonderfully with pisco, but it’s fantastic with
blanco
tequila, too, which gives the drink a softly herbal spin. (It also tastes just fine with vodka—the unflavored spirit lets the fresh citrus shine.)
If you have a really big crowd, you can make the drink two ways, batching a version with each of two spirits and letting your guests taste both. You can even ask them to vote on a winner—not that there’s any reason to choose.