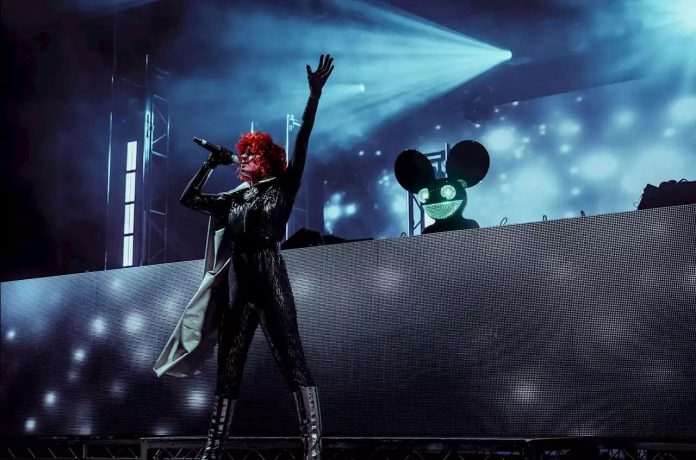 Deadmau5 announced during the opening night of Gamescom on Tuesday that he is developing a virtual music and entertainment experience exclusively for Manticore Games’ video game creation platform, Core.

unveiled
by Manticore, an independent games company based in San Mateo, in 2020, with the aim to make video game design more radically accessible by offering a framework to create and publish games along with customizable pre-made assets. It now includes over 20,000 games in a variety of genres, and
launched this year
in the Epic Games Store.
“We’ve seen virtual concerts in the past, but after making a splash, they fizzle out; there’s no shelf life to them,” continued deadmau5. “With
Oberhasli
, I want to create a mainstay for the artists’ metaverse, regularly updating it over time, switching things up and keeping it cohesive with real-world news and ancillary events.”
This is the second collaboration between deadmau5 and Core, as earlier this summer Core creators were asked to contribute dystopian worlds for the electronic artist’s “When the Summer Dies” music video.

“We’re so happy to be working with deadmau5 again to bring this truly innovative vision of his to life,” said Jordan Maynard, chief creative officer and co-founder of Manticore Games. “We think the Metaverse will be built by thousands of creators, game makers, and artists who can share a unique interactive experiences with their audience and generate income from their work.
Oberhasli
isn’t a sponsored marketing stunt — it’s a persistent home for all things deadmau5 inside of Core.”
This article was originally published by

How to Do Laundry While Protecting Yourself From Coronavirus