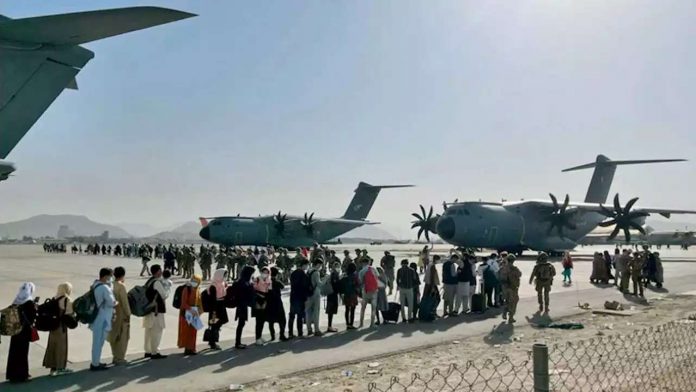 Sahraa Karimi,
who is the first woman president of the country’s national film entity Afghan Film –– and made a recent appeal as she escaped from Kabul about the return of Taliban rule and the potential death knell for the country’s fledgeling but vibrant film community –– is headed to the Lido. Venice has now announced an official panel to be held on Sept. 4 on “the need to create humanitarian corridors and guarantee that [Afghan] filmmakers and other artists will be granted the status of political refugees, allowing [them] to leave the country in addition to concerns about their future and the need to help them get settled once they reach Europe,” the fest said in a statement.
The Venice panel marks the first initiative taken by the fest’s parent organization, the Venice Biennale, dedicated to the Afghan crisis.

Karimi will be joined on the Venice panel by Afghan documentary filmmaker Sahra Mani, who will also be on the Lido to present the project “Kabul Melody” at the Venice market.
The panel, to be moderated by Italian journalist Giuliano Battiston, who is an Afghanistan specialist, will also comprise Rotterdam International Film Festival artistic director Vanja Kaludjercic; Orwa Nyrabia, who is the artistic director of the International Documentary Film Festival Amsterdam; European Film Academy (EFA) president Mike Downey; and Matthijs Wouter Knol, who is the EFA’s executive director. They are all board members of the International Coalition for Filmmakers at Risk (ICFR), which was launched in Venice last year.
optional screen reader

When is a dog considered a senior?