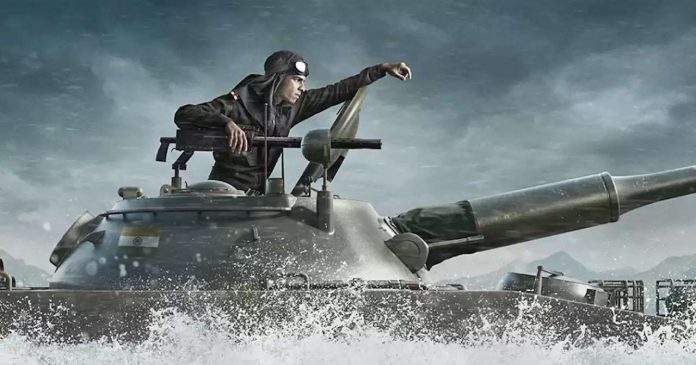 EXCLUSIVE: Here’s your first look at Pippa, the Indo-Pakistan War film starring Ishaan Khatter, which is rolling cameras today. The project comes from producers Ronnie Screwvala at RSVP and Siddhar…

Ishaan Khatter
, which is rolling cameras today.
The project comes from producers Ronnie Screwvala at RSVP and Siddharth Roy Kapur at Roy Kapur Films. They confirmed that most of the cast and crew are fully vaccinated and, combined with the easing of Covid restrictions, the production has now been able to get underway. Krishna Menon is directing.
The film will commemorate a tank battle that led to the liberation of Bangladesh. The story follows Brigadier Mehta, a veteran of the 45th Cavalry tank squadron, who, along with his siblings, fought on the eastern front during the Indo-Pakistan War of 1971.
The real-life Brigadier Mehta himself was invited by the production houses to provide the inaugural slate clap as filming commenced. Also starring are Mrunal Thakur, Priyanshu Painyuli and Soni Razdan.
Related Story
Producer Ronnie Screwvala (RSVP) said, “I’m happy that we’ve begun shooting for
Pippa
with Brigadier Balram Singh Mehta clapping the inaugural slate. Kicking off the schedule on such a positive note ensures a steady momentum throughout the course of the production.

We’re raring to go with a brilliant ensemble cast and filmmaker Raja Krishna Menon, who has a savvy eye for war films.”
Watch on Deadline
Producer Siddharth Roy Kapur added, “From the time I first heard this amazing story of the bravery and resilience of a family on the frontlines of a just war, I knew it had to be told. I am thrilled that with RSVP we have been able to give this story the sweeping canvas it deserves, and that we have an accomplished director like Raja and an amazing cast and crew, to bring this vision to life. The team is excited to hit the floors today and we hope to bring our audiences a very special cinematic experience in theatres next year.”
Director Raja Krishna Menon added: “I’m beyond excited to venture into the field with our amazing cast and crew. We’ve all been prepping hard for this day, and I cannot wait to bring this incredible story of valour and liberty to the audiences.”
Subscribe to
and keep your inbox happy.
Read More About:

Oscars Predictions Best International Feature Another Round’ Is Helped by Vinterberg’s...

7 of the best bedside cribs for safe sleeping alongside your...

From new releases to old classics these are the best cookbooks...