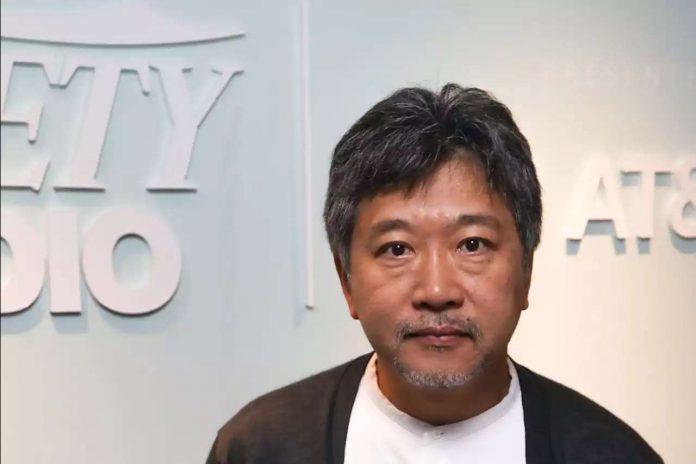 See All
Michael Hurcomb/Variety/Shutterstock
Leading Japanese distributor Gaga has acquired international sales rights for three early documentaries by Cannes Palme d’Or winner
Kore-eda Hirokazu
.  All three titles are available for theatrical rights only.
After joining the TV Man Union production company in 1987, Kore-eda worked as an assistant director on its signature
documentary
programming, winning promotion to director in 1991. The three films Gaga is handling were directed by Kore-eda in 1991-92 for the Fuji TV documentary program “Nonfix,” including his directorial debut, “However.”
This documentary, which critiques Japan’s social welfare system with a focus on an elite bureaucrat who commits suicide after coming under fire for refusing to compensate Minamata Disease victims, won Kore-eda a Galaxy prize – Japan’s equivalent of the Emmys.
He followed up with “Lessons from a Calf,” a 1991 documentary about kids who take care of a cow as part of their elementary school curriculum.

The film, another award winner, has often been cited as an early example of Kore-eda’s famed talent for working with children. He then filmed “Where Has All the Pollution Gone?,” a 1992 documentary about an Environment Ministry official who won praise for a law mandating pollution control but was later criticized when a change in government policy reduced compensation for pollution victims.
Kore-eda has claimed that his early documentary work laid the foundation for his later fiction features, beginning with the 1995 “Maborosi,” a double-prize winner at that year’s Venice Film Festival. His most recent venture in the documentary genre was the 2015 “Ishibumi,” a made-for-TV program about Hiroshima’s atomic bombing victims.

This Throwback Trend Is Your New Summer Uniform

Now That Time Is a Flat Circle Fashion Seasons Are Too