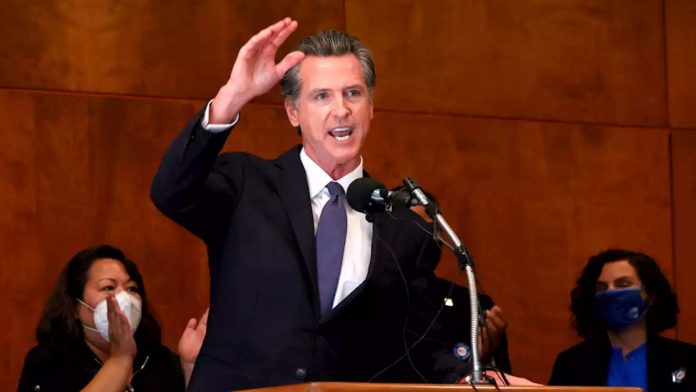 Stars such as Alyssa Milano, Michael Moore, Elijah Wood, Questlove and Rob Reiner took to social media to express their happiness at the result and frustration with the state’s recall law.

Margaret Brennan Sets Return to CBS’ ‘Face the Nation’ With a New Title and Outlook
“Congrats to Governor Gavin Newsom and First Partner Jennifer Siebel Newsom on their HUGE election win,” Milano tweeted, adding, “THIS is the ‘radical change’ we need: keeping unqualified Trump clones out of office, no matter who supports them.”
“WTF with all the tax money wasted on this farce of a recall. this gonna keep happening and happening?” tweeted musician-turned-filmmaker Questlove who echoed many on social media furious at the reported $278 million spent on the recall election.
“Oh, and now can we just put this “recall” notion to bed forever?” tweeted Elijah Wood, referring to California’s state law that allows for an elected official to be subjected to a recall election if a number of signatures, equal at least to 12 percent of votes cast in the previous election, can be collected.

Below are some of the reactions from Hollywood figures.
CONGRATULATIONS GOV. GAVIN NEWSOM and your landslide victory! You crushed it. Another huge loss for Trump and Republicans. The American people do not want these hateful idiots in charge of anything. Gavin – keep moving California forward! Your state is the progressive leader!
— Michael Moore (@MMFlint)

If The Nashville Bomber Wasn’t White We’d Be Calling Him A...