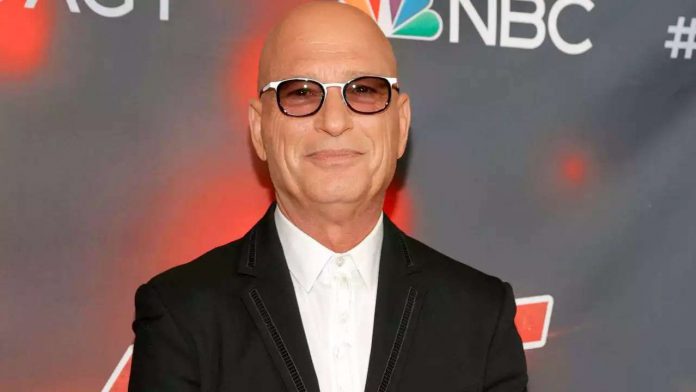 The ‘America’s Got Talent’ judge opened up to ET about the ‘shock’ of learning the news just before the finals kicked off.

Deadline
. The news of his death hit the comedy world hard, and Mandel explained how he heard about it shortly before production began.
“Right before I got here today, it came across the wire,” Mandel shared, explaining that Macdonald’s death was so surprising because,”Obviously, he wasn’t [public] with his diagnosis.”
“He gave me some of my favorite moments ever on
SNL,
” Mandel shared. “He was so funny, so pure, so authentic, so real.”
Mandel made a reference to the unfortunate news during Tuesday’s show, after stand-up comedian Gina Brillon — who is one of two comics to make it to the finals this year alongside Josh Blue — delivered her comedy set to a roaring, laughing audience.
“I just want to say this because I need to, one of the greats of comedy passed today, Norm Macdonald passed today, and it broke my heart,” Mandel shared while giving feedback after Brillon’s performance. “Having you and seeing you and Josh on the show today brings us back and lets us know that laughter is still alive and laughter is the best medicine.

Mandel told ET after the show that having two talented comedians make it this far feels particularly special with the loss of Macdonald.
“I thought it was so fitting that on a day with so great a loss in the world of comedy that we here on
AGT
are celebrating comedy with two comedians in the final,” he shared.”I thought, in honor of this great loss, maybe this could be a tribute to Norm Macdonald.”
Lori Jo Hoekstra, Macdonald’s longtime producing partner and friend, was with the comedian when he died, and told
that, though Macdonald had been battling cancer for nearly a decade, he was determined to keep his health struggles private, and away from his family, friends and fans.
The Canadian-born Macdonald began his career as a writer on
Roseanne

Closegood Is the Wake-Up Call You’ve Been Waiting For

13 Meditation and Mindfulness Apps That Will Actually Relax Your Brain

Cats Dogs and COVID How Safe Are Your Pets?