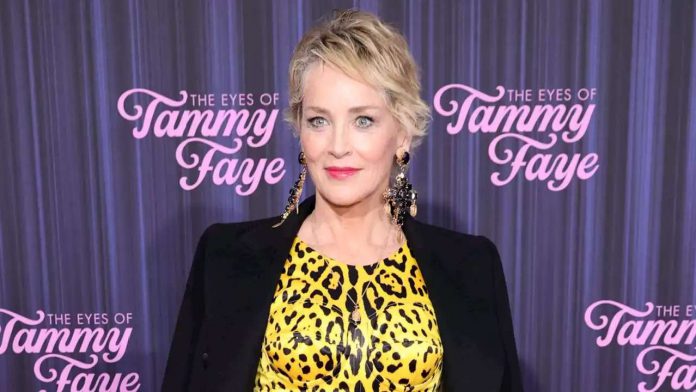 The actress opened up to ET about her family’s ‘salvation’ in organ donation and mourning her baby nephew’s death.

Stone, meanwhile, was happy to be on hand for
The Eyes Of Tammy Faye
event and noted that she doesn’t always attend premieres, but this one was special.
“I don’t go to a lot of premieres. But I go when I have that feeling. I have that feeling,” she said of the Jessica Chastain-starring biopic.
Stone’s outing comes a day after she attended her first
Met Gala
in a stunning Thom Browne black ensemble. She looked spectacular in a black silk faille cape before revealing a matching look underneath.
“It was beautiful wasn’t it?” she expressed of her custom look, before sharing how the night went.”It was everything one imagines that it was. I’d never been before, it was just beautiful. The dancing, the numbers, Audra McDonald was amazing, of course Justin Bieber was amazing. I mean the whole thing was just dream-like. To be in that Egyptian section of the museum and to walk in through the sarcophagus and the sphinx and everyone looking so beautiful.

Anna Wintour really knows how to throw a party.
Theo Wargo/Getty Images
Stone also hit up some after parties, and noted how special it was to connect with her fellow actors after the last year and a half we’ve all had.
“It was really fun and I got to spend time with some of my fellow actors and actresses and that was really, really good. You know I miss seeing some of the people that are in my business and some of the people that I really admire,” she expressed.”It was just fun to just have that opportunity to sit down and talk. I went to a little bit of the quieter places afterwards. We danced, but it wasn’t packed and we were able to kinda sit and talk and it was just, it was wonderful.”
The Eyes of Tammy Faye
arrives in theaters on Sept. 17.
GET THE ET NEWSLETTER

Of Course Mike Tyson Might Have Bought His Tigers From Joe...

‘How Would We Feel if a Client or Employee Died After...