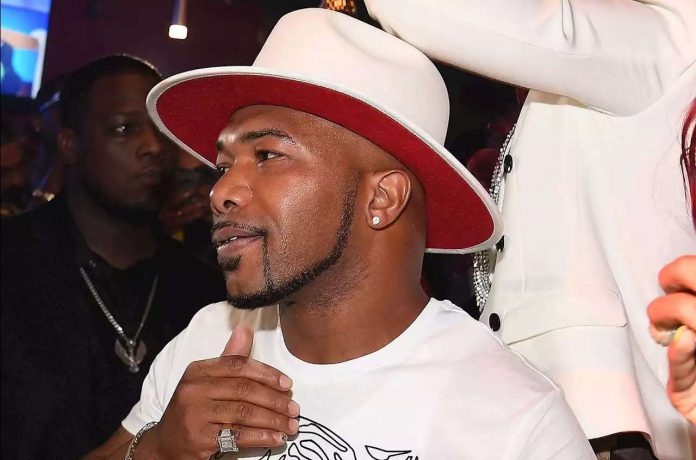 A former cast member on the reality TV show ‘Love & Hip Hop: Atlanta’ has been sentenced to more than 17 years in federal prison for conspiracy and wire fraud.

Click to copy
Paras Griffin/Getty Images
Maurice”Mo” Fayne attends”Ferrari Karlie” Single Release Party at Buckhead Loft on July 18, 2018 in Atlanta.
A former cast member on the reality television show
Love & Hip Hop: Atlanta
has been sentenced to more than 17 years in federal prison for conspiracy and wire fraud related to a Ponzi scheme and related charges involving a fraudulent Paycheck Protection Program loan application.
U.S. District Judge Mark H. Cohen sentenced Maurice Fayne, also known as Arkansas Mo, to 17 and a half years behind bars and five years of supervised release. Fayne, 38, of Dacula, Georgia, also was ordered to pay restitution of nearly $4.5 million to the victims.
Fayne pleaded guilty to the charges on May 11. Those also included charges of bank fraud and making false statements to a financial institution involving a loan application for the Paycheck Protection Program, or PPP.
‘Love & Hip Hop: Atlanta’ Star Charged With Fraud After Obtaining $2M PPP Pandemic Loan
“Fayne planned to use the PPP program as a cover for his long-running Ponzi scheme,” said Acting U.S. Attorney Kurt R. Erskine in a news release Wednesday. “The funds the program supplies serve as a lifeline to many businesses desperately trying to stay afloat during the pandemic, and unfortunately his fraud helped deplete those precious dollars.

Erskine said from March 2013 through May 2020, Fayne ran a multistate Ponzi scheme that defrauded more than 20 people who invested in his trucking business. Instead of using investors’ money to operate the business, he used the funds to pay personal debts and expenses and to fund an extravagant lifestyle, Erskine said.
During the scheme, Fayne spent more than $5 million at a casino in Oklahoma, the U.S. Attorney’s Office for the Northern District of Georgia said.
In April 2020, Fayne submitted a $3.7 million loan application to United Community Bank, falsely claiming that his trucking business had 107 employees and an average monthly payroll of $1.4 million.
Prosecutors said that instead of using the money to retain workers and other business expenses, Fayne used the loan to cover expenses including $40,000 in past-due child support, $50,000 for restitution owed in a previous fraud case, $85,000 for custom-made jewelry, $136,000 to lease a Rolls-Royce and $907,000 to start a new business in Arkansas.
Fayne appeared on season 8 of VH1’s Love & Hip Hop: Atlanta as the love interest of longtime cast member Karlie Redd.
By

How Lil Baby Became a Superstar in 10 Steps

Weichi He Peng Wallpaper Next Generation 2021