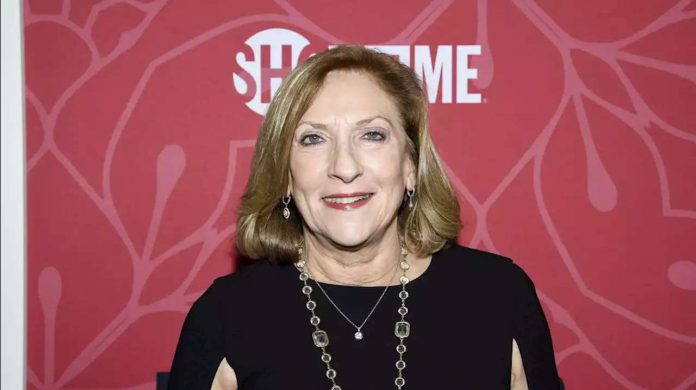 Lesli Linka Glatter has been elected president of the DGA at the guild’s biennial convention, held today at DGA national headquarters in Los Angeles. Glatter, who was the guild’s 1st vi…

DGA
at the guild’s biennial convention, held today at DGA national headquarters in Los Angeles. Glatter, who was the guild’s 1st vice president, is only the second woman ever elected president of the DGA. Martha Coolidge held the post from 2002-03. Twenty-two men have served as president, going back to the guild’s founding in 1936.
“I am honored to have been chosen by my peers to serve as president, and am committed to continuing our Guild’s great legacy of protecting the economic and creative rights of our members—always with our eye on the future,” Glatter said. “And there is nothing that makes me more hopeful about our future than looking around at this formidable, profoundly creative and incredibly diverse Board representing the future of this industry. I am blown away by their generosity of spirit and dedication to serving their fellow members, even as they juggle such demanding and successful careers. In these times of great technological and cultural change, we stand ready to take on the challenges that lie ahead. And just as we have throughout our 85-year history, together we will prevail.”
Related Story
MPTF Expresses “Eternal Gratitude” To DGA & Directors Guild Foundation For 70 Years Of Support
Glatter, who succeeds Thomas Schlamme, has been on the guild’s National Board since 2003, most recently as First vice president, and before that as fifth vice president.

She’s been a member of three Negotiating Committees, including the most recent which achieved another leap in made-for-SVOD residuals as well as gains in wages, pension contributions, and TV creative rights. Her service as a member or alternate of the Western Directors Council, a member of the Creative Rights Committee, and on the PAC Leadership Council spans two decades. Glatter joined the DGA in 1985.
Watch on Deadline
“It has been a tremendous privilege serving as president over these past four years,” Schlamme said. “And I am equally proud and thrilled to pass this baton into Lesli’s extraordinarily capable hands. Lesli is a powerful force in the industry, and she’s brought that same energy to the service she’s dedicated to our Guild over the past two decades fighting for our members’ rights. She is so uniquely suited to lead us into the future.”
The DGA, as is its custom, didn’t say who, if anyone, ran against her, or how many delegate votes she received.
With her election, the DGA, SAG-AFTRA and the WGA West now all have – or will have shortly – women presidents.

How to Help the Humanitarian Crisis in Yemen